Rajasthan Royals' inability to put together a good partnership after the start they got through Ben Stokes and Jos Buttler hurt their chances against Delhi Capitals(DC), said captain Steve Smith after his team sank to its fifth defeat of the season on Wednesday. 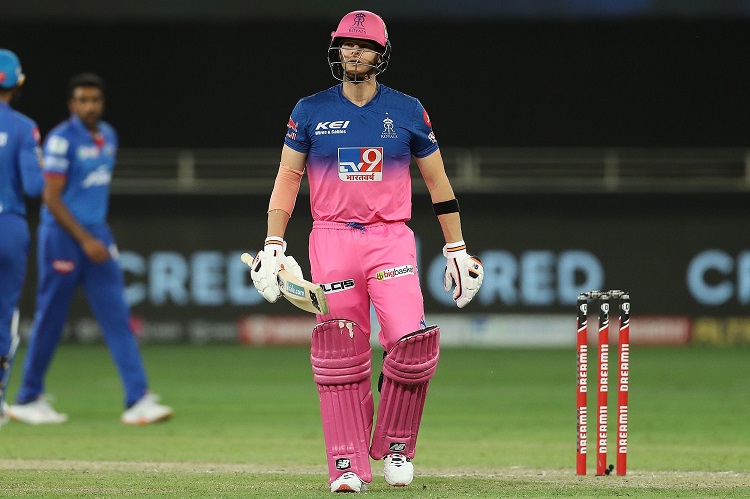 "We got off to a good start with Jos and Stokesy, then we lost a couple of wickets and got another partnership between Stokesy and Sanju (Samson), then again lost wickets in clumps. On slow wickets, it is hard to make up too many runs at the backend," said Smith after the match.

Stokes and Buttler smashed 37 runs within the first four overs after which Sanju Samson put up 46 with the England all-rounder for the third wicket. The highest partnership for RR after that was 25 runs for the sixth wicket between Robin Uthappa and Rahul Tewatia.

"We needed to take it a bit deeper from some of our batters and we were not able to do that. We thought we bowled well at the backend and restricted them to 160-odd, which was probably around par on this wicket. And the opening partnership got us ahead in the game but we couldn't extend those partnerships... the boys were getting in and getting out, not going on to make 50 or 60," Smith said.

With six points, RR is now placed second last on the table.

"We are not in the greatest position at the moment, so we need to move on from this and hopefully come back with a big game in three days' time," said Smith.