Hasnain confirmed that the two sixes came off his bat. 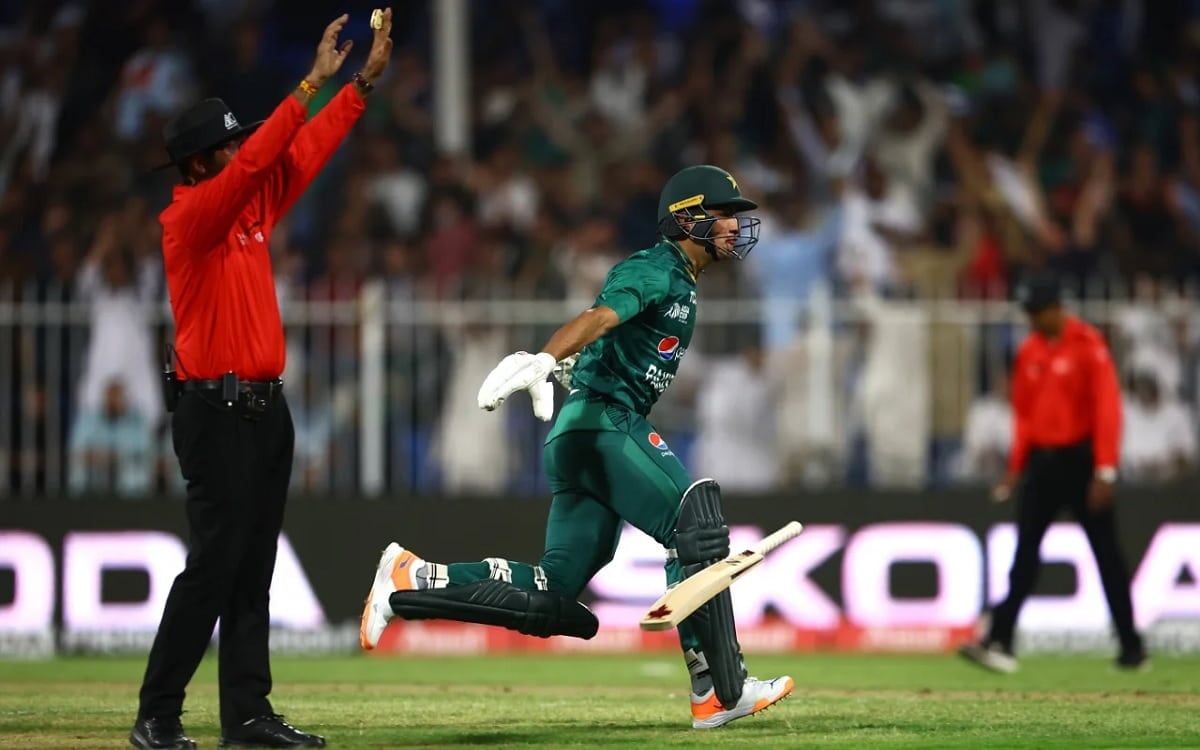 Pakistan No. 10 batter Naseem Shah used a borrowed bat to hit the back-to-back sixes in the last over that sealed a memorable victory against Afghanistan in the Asia Cup Super Four stage.

Chasing a modest target of 130, Pakistan needed 20 off 10 balls with two wickets in hand. They lost senior batter Asif Ali in the 19th over and panic set in Pakistan camp as everything came down to the last-wicket pair of Naseem Shah and Mohd Mohammad Hasnain as they went into the final over needing 11 runs to win. Naseem Shah smashed back-to-back sixes in the final over of a thriller in Sharjah to help set up a clash with Sri Lanka in the final of Asia Cup 2022.

Shah borrowed the bat from Hasnain and performed his last-over heroics.

"I know everyone today will be talking about my batting. But I have practiced a lot in the nets. I told Hasnain, give me your bat as my bat isn't that good," Naseem Shah said in a video put out by the Pakistan Cricket Board after the match.

Hasnain confirmed that the two sixes came off his bat.

"He asked me my bat and I said 'okay, if you take a single, then give it back to me'. It would have been a lovely gully-cricket image had that transpired. But Naseem walloped two consecutive sixes to finish the game," said Hasnain.

Naseem said he had self-belief in his batting and that helped him win the match for Pakistan.

"When I went in to bat I had the belief to hit the sixes. I practice (hitting sixes) and I knew they would bowl yorkers as they had the field up. There needs to be belief, we keep practicing," he said.

"There is very little belief when you are nine down but I had the self-belief and this will be a memorable game for me," said Naseem Shah.