MI vs DC: Under Pressure, Our Execution Was Miles Off, Says Head Coach Ponting

Delhi Capitals(DC) head coach Ricky Ponting has admitted that his team's execution was "miles off" during their 57-run defeat at the hands of Mumbai Indians(MI) in Qualifier 1 of the IPL 2020. 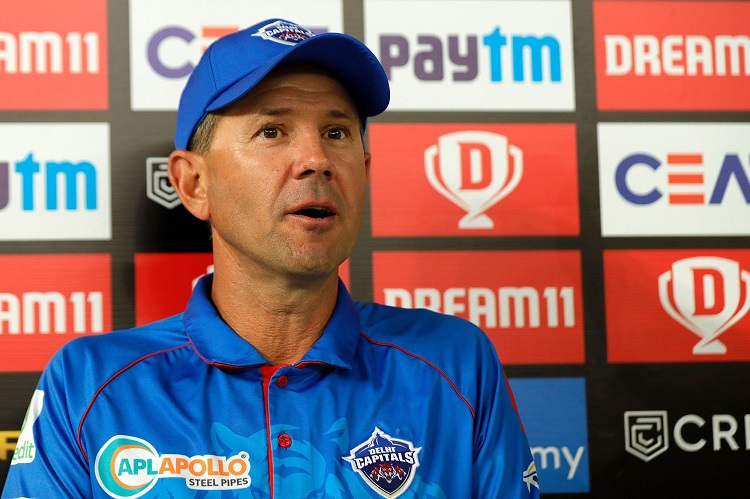 On Thursday evening, the defending champions booked their place in the summit clash of the tournament as they first posted 200/5 in their allotted 20 overs and then restricted Delhi to 143/8.


Bubble Life Impacts Mentally, Length Of The Series Should Be Considered: Kohli

"I think it was mainly the execution in the first few overs. In the first over, we went for 15 or 16 and you are on the back foot straight away. We did fight our way back into the game...We felt that we planned really well but under pressure, our execution was miles off," Ponting said at the post-match press conference.

For Mumbai, Ishan Kishan (55*) and Suryakumar Yadav (51) scored half-centuries to power their team to an above-par total. Hardik Pandya also contributed with a brilliant cameo of 37 off just 14 balls. Ace Indian off-spinner Ravichandran Ashwin starred with the ball for Delhi as he picked up three wickets giving away 29 runs in his four overs.

Chasing the target, the Shreyas Iyer-led side lost three wickets - Prithvi Shaw, Ajinkya Rahane, and Shikhar Dhawan - with 0 runs on the board. The team couldn't recover from the shocking start and apart from Marcus Stoinis (65) and Axar Patel (42), none of the batters could stay long at the crease.

"I think he (Stoinis) showed today how classy player he is. He has really developed his game against spin bowling. It is great that we got something out of the game. He got some runs, Axar Tatel played really well at the back and they are the only real positives, including Ashwin's bowling spell," said Ponting.

Delhi Capitals, however, have one more chance to make it to the final as they would be facing the winner of the Royal Challengers Bangalore-SunRisers Hyderabad Eliminator match in Qualifier 2 on Sunday.