St. John's (Antigua), Aug 10: Offspinning all-rounder Rahkeem Cornwall, who was drafted in the West Indies' squad to face India in a two-match Test series, is set to become one of the heavies 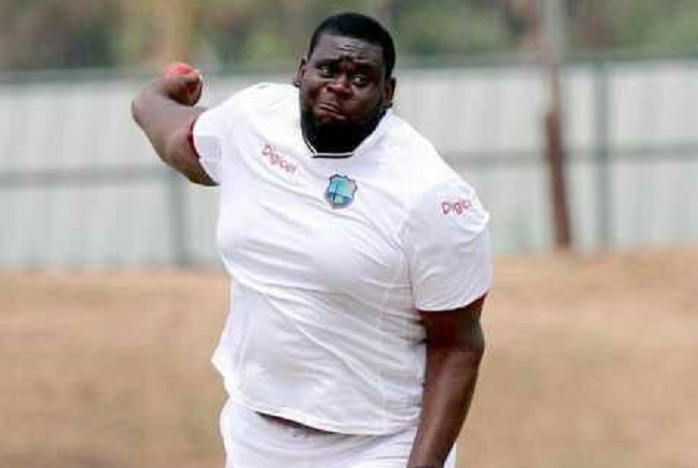 St. John's (Antigua), Aug 10: Offspinning all-rounder Rahkeem Cornwall, who was drafted in the West Indies' squad to face India in a two-match Test series, is set to become one of the heaviest men to have ever played the game.

The 26-year-old, who is six-foot-six-inch tall and weighs around 140 kg, has 2,224 runs under his belt and has taken 260 wickets in 55 first-class matches. The giant of a cricketer came to the limelight in 2017 when he during a tour game against the India as he troubled Cheteshwar Pujara, Virat Kohli and Ajinkya Rahane and took five wickets.

He made his first class debut for Leeward Islands in 2014. There were concerns about his weight and efforts were also taken to get him into shape last year. Windies chairman of selectors Courtney Browne had also put up a programme in place for Cornwall.

But riding a string of good performances, he made it to the team. "Rahkeem has been performing consistently over a long period of time and has proven to be a match-winner, so we believe his elevation to the Test squad is merited at this time," Robert Haynes, the head of Cricket West Indies's interim selection panel, was quoted as saying by ESPNCricinfo.

"We believe he can provide an attacking option to our bowling attack with his sharp turn and extra bounce. He can also lend a bit of depth to the batting, so we are looking forward to him coming into the squad and making a valuable contribution," Haynes said.

West Indies take on India in the first Test from August 22 with the second one starting from August 30.