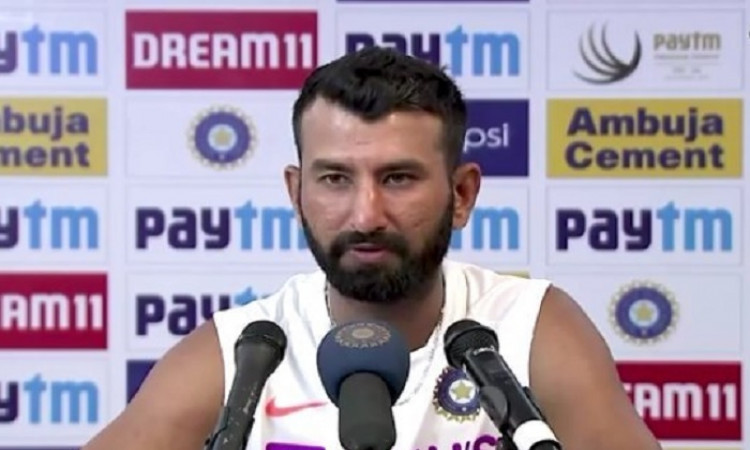 Pune, Oct 11:  Opener Mayank Agarwal on Thursday scored his 2nd Test century and helped India take a strong position on Day 1 of the second Test against South Africa here as the hosts ended the day on 273/3 with skipper Virat Kohli (63 not out) and Ajinkya Rahane (18 not out) at the crease.

It was Mayank's second ton in as many Tests after he notched up his maiden Test century (215) in the first innings of the previous Test in Visakhapatnam.

Mayank's effort has drawn praises from different quarters and his teammate Cheteshwar Pujara reckoned the Karnataka batsman has learnt the art of conversion from the first-class cricket.

Mayank and Pujara shared 138 runs for the second wicket before the latter was dismissed for a well-made 58.

"He (Mayank) is an experienced player who has scored a lot of runs in first-class cricket, which has helped him a lot. When it comes to the nervous 90s, he is someone who is fearless," Pujara said after the day's play.

"Mayank knows how to convert fifties into big scores. Once he goes past hundred, he can score heavily as we saw in the last game," added Pujara.

When asked if he had advised anything to Mayank during their partnership, the 31-year-old replied: "The habit (of scoring big) has come from first-class cricket, so I didn't have to tell him much. To be honest, we were just communicating what their gameplan was."

"If there was an error in his batting, I would just tell him to play close to his body. Apart from that, he is batting really well and you don't have to guide him much," Pujara said.