Matt Henry took three top-order wickets to leave New Zealand on the brink of a series-clinching win as England's batsmen failed miserably in the second and final Test at Edgbaston on Saturday. 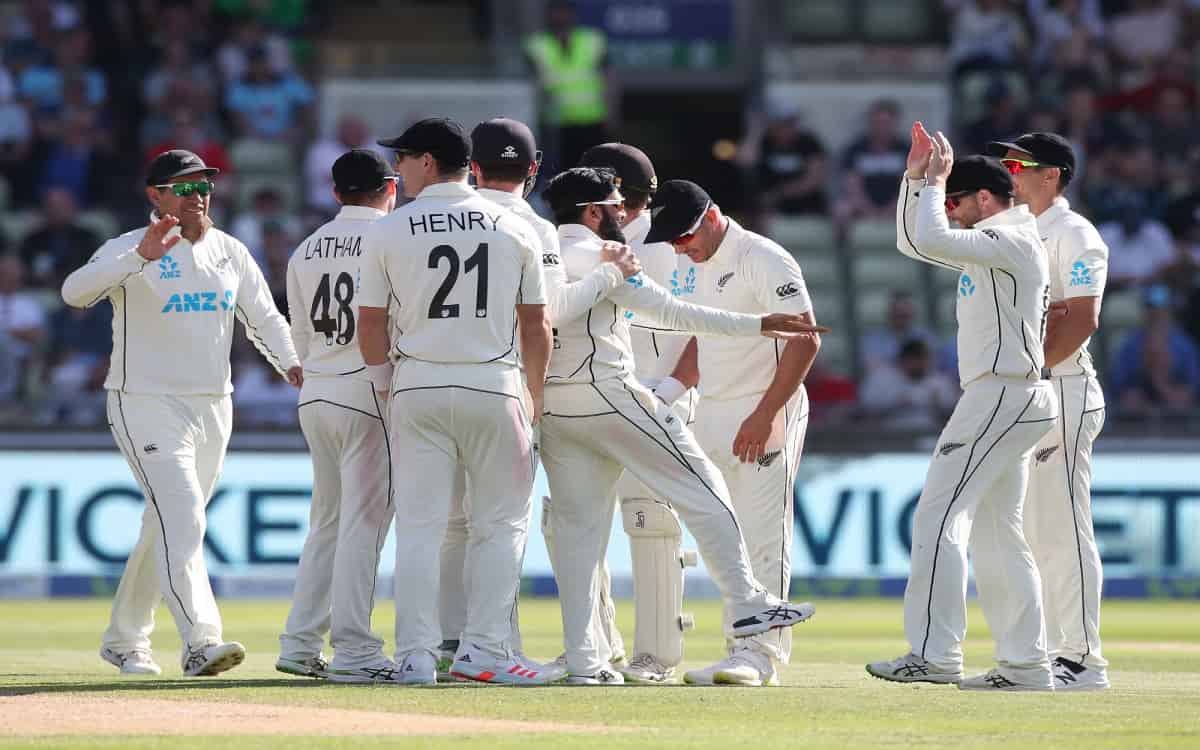 England, on a good batting pitch, were 122-9 in their second innings at stumps on the third day -- just 37 runs ahead of New Zealand with one wicket standing and two days left to play.

Even so, that still represented a recovery from an even more embarrassing 76-7. Henry, one of an exceptional six changes to the New Zealand side that drew the first Test at Lord's, took the first three wickets to fall en route to fine figures of 3-36 in 12 overs.

New Zealand are eyeing only a third series win in England after their 1986 and 1999 triumphs -- an ideal way to prepare for their appearance in next week's inaugural World Test Championship final against India at Southampton. England are facing a first series loss on home soil in seven years since a 2014 reverse against Sri Lanka.

Their slim hopes of setting a challenging target rest with tailenders Olly Stone (15 not out) and James Anderson (nought not out), whose England record 162nd Test is unlikely to be one the pace great remembers fondly. England were without injured all-rounder Ben Stokes and fast bowler Jofra Archer.

But, in England coach Chris Silverwood's first match in charge of selection, they also decided to rest Jos Buttler, Jonny Bairstow and Chris Woakes against one of the best Test sides in the world.

Henry struck with just the second ball of England's innings when opener Rory Burns, who made 81 first time around, was well caught in the slips for a duck by stand-in skipper Tom Latham.