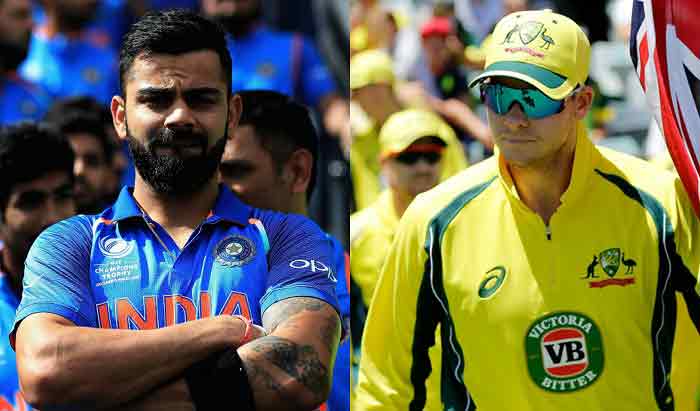 The previous winning run under Dhoni stretched from February 2008 to January 2009. India's current victory run started on July 6 this year with an eight-wicket win over West Indies in the fifth and last match of that series at Sabina Park.

The Virat Kohli-led side has dominated the ongoing series with comprehensive victories in the initial three ODIs handing India an unassailable 3-0 lead in the five-match series against Australia.

The hosts will heavily rely on openers Rohit Sharma and Ajinkya Rahane to get them off to a flying start. Batsmen Kohli, Dhoni and Hardik Pandya who have looked destructive in the series will later be the key to adding vital runs to help India post a dominating total.

In the bowling department, pacers Bhuvneshwar Kumar and Jasprit Bumrah along with wrist spinners Kuldeep Yadav and Yuzvendra Chahal who have put up a fine performance throughout the tournament will look to providing brakes on the opposition at regular intervals.

Kohli will have an extra spinning option in the form of Axar Patel who has been called up for the remaining ODIs to replace all-rouder Ravindra Jadeja.

Australia, led by Steven Smith, will look to re-working on the strategies to get the best out of his side in the remainder of the series.

Opener Aaron Finch, who scored a century in the previous match will be the key for the visitors to give them a good start along with hard hitting batsman David Warner and skipper Smith.

Australia will also hope that middle-order batsman Glen Maxwell returns to form in order to provide balance to their batting.

The bowling department will rely on pacer Nathan Coulter-Nile, Pat Cummins and Kane Richardson to rattle the India line-up.

Spinner Ashton Agar being ruled out for the rest of the series due to a fractured finger will be a big loss for the visitors.