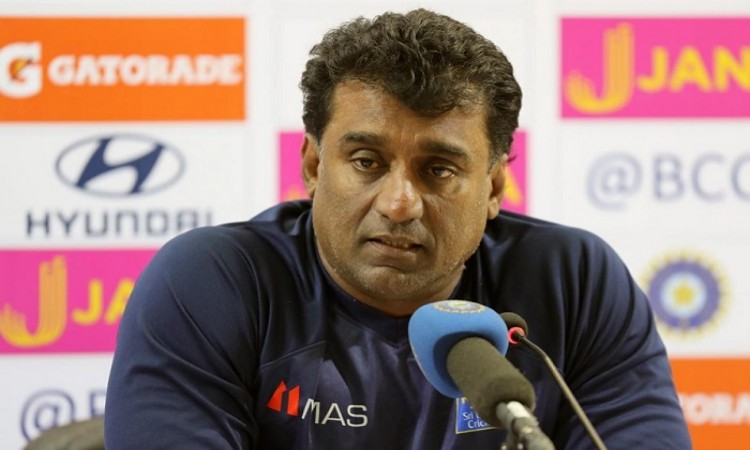 New Delhi, Dec 2 (Cricketnmore): Sri Lanka fast bowling coach Rumesh Ratnayake said on Saturday his side could have been in a better position had chinaman bowler Lakshan Sandakan struck early in the day.

The 26-year-old struck twice in a span of two overs, including the prized scalp of centurion Murali Vijay (155) and Ajinkya Rahane (1) to pull the hosts back in the dying overs of the opening day of the third and final Test at the Ferozeshah Kotla here.

"We miss him (Rangana Herath), he is our leading wicket-taker but we had Sandakan in line, so we had to bring him," the 53-year-old told reporters during the end of the first day's press-conference.

"We saw glimpses of what he (Sandakan) can do, but we wished it had come two sessions earlier," Ratnayake added.

Despite off-spinner Dilruwan Perrera being the fastest Sri Lankan bowler to scalp 100 Test wickets, Ratnayake said he will be disappointed to give away plenty of runs.

"I was with them against Pakistan and he had the partnership of Rangana Herath and they were fantastic," the Sri Lankan said.

"Against India everybody knows, they are at a different level at a moment.

"That's not an excuse, even though he got 100 wickets he will be disappointed at the way he bowled and all the bowlers who have given too many runs," Ratnayake added.