Shubman Gill had a top start to the morning of the first test match in Kanpur as he smashed 52 runs in the first session of day 1 before Kyle Jamieson finally got him out. 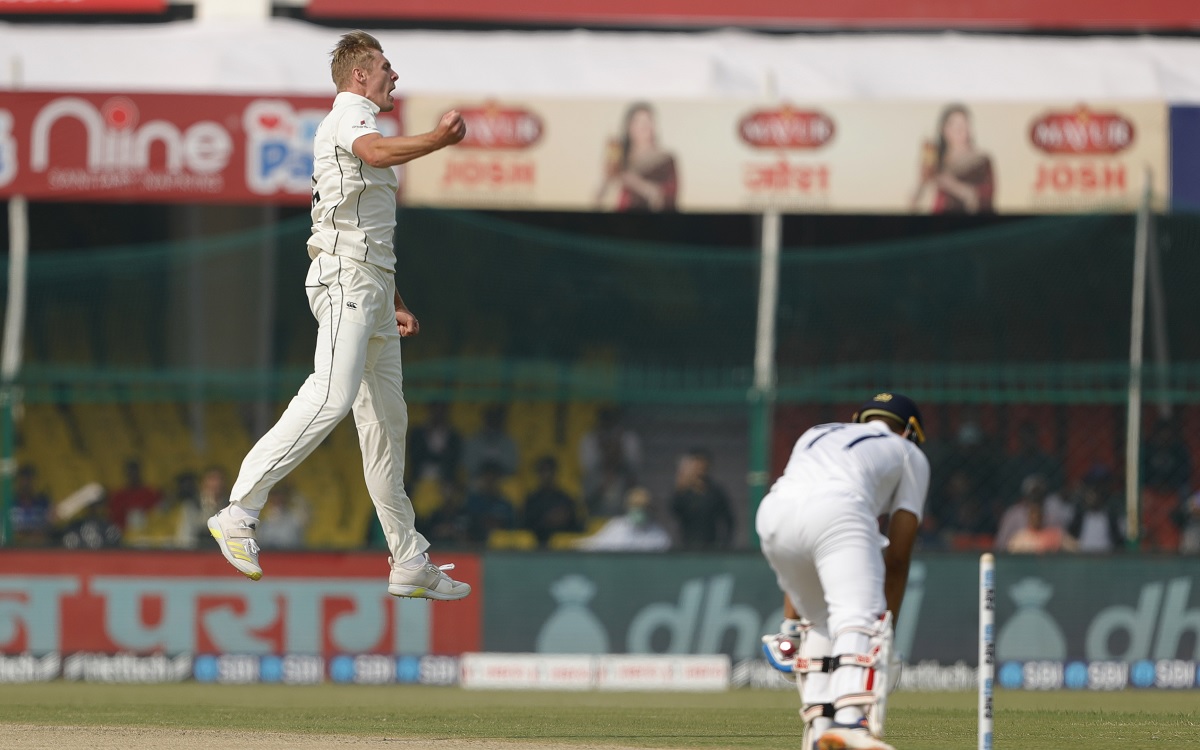 After Ajinkya Rahane had opted to bat first, Jamieson with the new ball along with Tim Southee troubled the Indian batters in the first 30 minutes of the play. Jamieson, in particular, was getting a good amount of swing and seam to beat the batters.


Tim Paine Is Best Wicketkeeper In The World: Nathan Lyon

Shubman Gill had a nervous start against Jamieson. He was constantly challenging his outside edge but Gill managed to survive that spell and latched onto the spinners to keep the scoreboard ticking.

Post Lunch, Jamieson came for his spell with a 29-over-old ball. A not-so-semi new ball offers seam for the fast bowlers and that's exactly what Jamieson extracted. The ball seamed in a bit which got to the inside edge of Gill's bat and ended up losing two stumps to end his 52-run inning.

His dismissal was almost identical to when he got bowled against James Anderson in February earlier this year. However, they were different.

While Jamieson got Gill out with the ball seaming in, Anderson used reverse swing to bowl into the stumps. Gill was late to come onto the ball on both occasions which resulted in similar-looking dismissals. Although, both Jamieson and Anderson did the same celebration afterward!