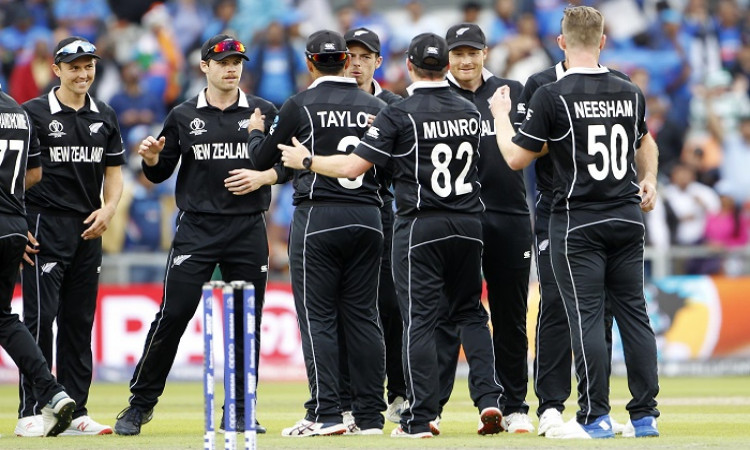 London, July 13 (CRICKETNMORE): New Zealand coach Gary Stead is high on confidence and doesnt believe that the Kiwis are underdogs going into the final of the World Cup against hosts England at the Lords on Sunday.

"There is a lot of fight and steeliness in the way we have played. We don't have to play the perfect game. What we have to do is to be able to adapt to the conditions in front of us. Working out that 240 (against India) is a good score is the strength the guys have. Guys like Kane Williamson, Ross Taylor, Tom Latham... they have a lot of experience.

Also Read: Lucky to get a direct hit: Guptill on Dhoni run out

"There was a lot of talk before the tournament about scores of 350. We didn't make any, but just adapted to the conditions. I just hope we keep putting the best foot forward for the final. I don't know who is the underdog here. That's for the media to say... We are going in with a 50-50 chance and we need to be a little bit better than England on Sunday," Stead said with a smile.

On the semifinal encounter against India, the head coach said: "When we started the game, we thought we could get 300, but quickly assessed that maybe 250 could be the target we should aim for. When we got somewhere close, we knew we were in with a chance.

"The opening spells of Matt Henry and Trent Boult were absolutely superb. The Indian bowlers also bowlerd superbly upfront. But we managed to get the edges and some nicks that put us on the front foot. Then came a period which was a battle of attrition, we never thought we are going to blast them out. We trust our resources in the bowling department. But Ravindra Jadeja and M.S. Dhoni's partnership was outstanding. It was another example of how our guys stood up to pressure."

Stead said that the goal of the support staff was no different from that of the players.

"Our (support staff) goal is no different from the players. It's to take the team as far as possible in the competition. The most satisfying thing for me is to put plans in place and the contingencies. I said at the start of the tournament that it's not a 350 tournament because World Cups have a different pressure. When you play everyone then the competition becomes cut-throat.

"We have won a lot of tight games and that's particularly satisfying... against Bangladesh, West Indies, South Africa, India... they could have gone either way," Stead said.