The fifth T20I between India-South Africa was abandoned after just 3.3 overs of play, when India were 28/2, pacer Lungi Ngidi taking out openers Ishan Kishan and Ruturaj Gaikwad. 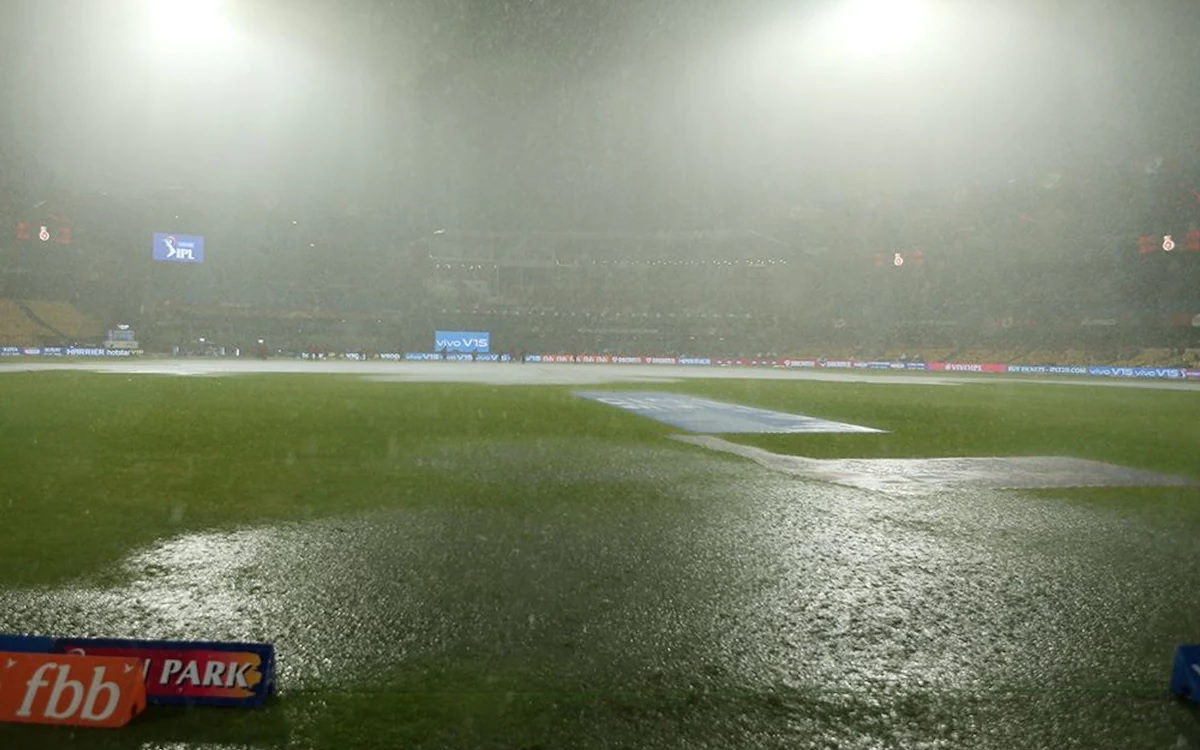 The Karnataka State Cricket Association (KSCA) announced that a 50 per cent refund will be provided for ticket holders after persistent rain forced the abandonment of the series decider T20I between South Africa and India at the M Chinnaswamy Stadium on Sunday.

The fifth and final T20I was abandoned after just 3.3 overs of play, when India were 28/2, with right-arm pacer Lungi Ngidi taking out openers Ishan Kishan and Ruturaj Gaikwad.

Shreyas Iyer was batting on nought while skipper Rishabh Pant was just off the mark on the very first ball he faced when rain came and play stopped for the final time, with nearly 16 minutes of play possible.

Eventually, rain played spoilsport in the series decider, with India and South Africa sharing the trophy as final scoreline read as 2-2. The rain, which had been predicted for the match day, had earlier caused a delay of 50 minutes in the start of play, reducing it to a 19-over per side affair.

"KSCA regret to announce that due to heavy and continuous rains, the 5th T20I played between India and South Africa at the Chinnaswamy Stadium after India batted just over three overs. As per terms and conditions, even if a single ball is bowled, there shall be no question of refund.

"However, the KSCA as a gesture towards cricket fans have decided to refund 50 per cent of the amounts for all the paid tickets. The modalities with respect to the refund, with the dates, time and venue will be announced shortly. All the paid ticket holders are requested to retain their original tickets to claim refunds," read a statement from KSCA Treasurer and Official Spokesperson Vinay Mruthyunjaya.

After the home series against South Africa, India's white-ball side will play two T20I matches against Ireland on June 26 and 28 while the Test side, comprising of first-choice players, will be up against England in the postponed fifth Test match of the 2021 Test series at Edgbaston from July 1-5.