Skipper Kane Williamson sees this tri-series as great preparation for his team ahead of the T20 World Cup. 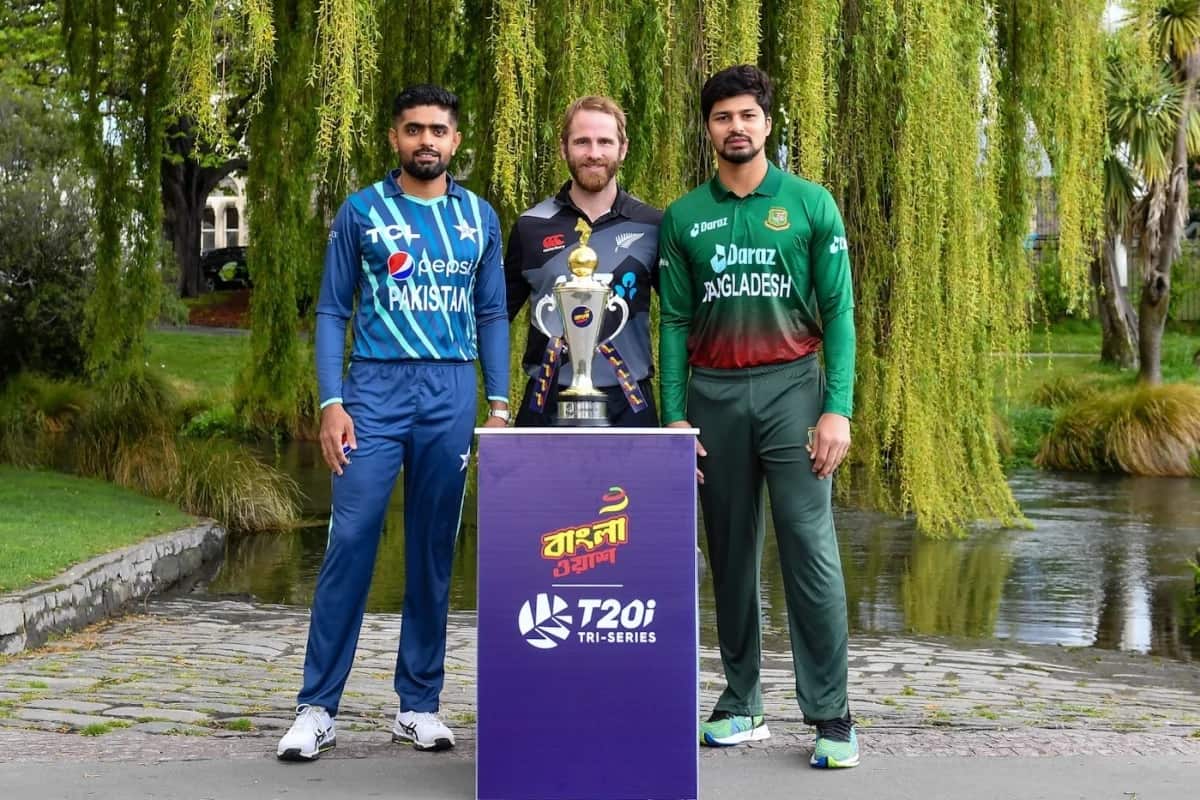 With less than three weeks left for New Zealand to begin their ICC Men's T20 World Cup campaign in Australia, they will start their final round of preparations for the mega event by participating in a week-long tri-series to be held at Hagley Oval in Christchurch.

Skipper Kane Williamson sees this tri-series, which is a rarity in Men's T20I cricket, as great preparation for his team ahead of the T20 World Cup, where they would be looking to go one step further from their runners-up finish in last year's tournament in the UAE.

"It's always exciting to play in a tournament format such as the Tri-Series and 'm sure it will provide great preparation for the upcoming ICC T20 World Cup in Australia. After a couple of Covid-affected home seasons, I know the whole squad is looking forward to seeing the crowds return and being able to get closer to our fans and the public."

"We're looking forward to welcoming Pakistan and Bangladesh to Christchurch for the start of our Kiwi home summer. Both sides are full of threats with both bat and ball, and we know we'll need to be at the top of our game to counteract them," said Williamson ahead of the series opener between Bangladesh and Pakistan on Friday.

New Zealand will then play their first match in the tri-series on Saturday against Pakistan. This is the first-ever tri-series between the three countries and all seven games, including the final on October 14, will be played at the Hagley Oval in Christchurch. Pakistan captain Babar Azam, who currently holds the number three spot in Men's T20 rankings for batters, is upbeat about the quality of cricket the tri-series will produce for fans to be enthralled.

"We are pumped up for the upcoming tri-series in New Zealand where we will be up against not only the home team, which is one of the strongest sides at home but also Bangladesh, who are equally capable of causing massive upsets. The fans are definitely in for a treat as all the three teams will put on their best show to go into the ICC Men's T20 World Cup with confidence."

Pakistan is ranked fourth in the T20I rankings, with New Zealand trailing in fifth place. Bangladesh, ranked ninth in the standings, can upset the plans of the other two countries though their record in the format in the past one year has been unimpressive.

Bangladesh captain Shakib Al-Hasan is eyeing game time for his side to fine-tune their preparation for the T20 World Cup.

"We couldn't have asked for a better tournament to test our mettle before the ICC Men's T20 World Cup. New Zealand has been a challenging tour for most teams and the tri-series won't be any different. We hope to play to our strengths and get some much-needed game time."

Cricket enthusiasts in India can watch the tri-series between New Zealand, Pakistan and Bangladesh on Prime Video.