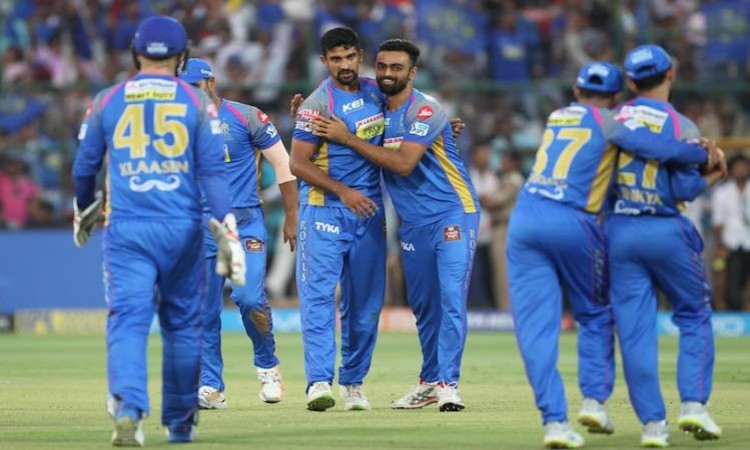 Jaipur, May 19 - Rajasthan Royals rode on a fine half century from Rahul Tripathi, combined with leg-spinner Shreyas Gopal's four-for to outclass Royal Challengers Bangalore (RCB) by 30 runs and more importantly keep themselves in the hunt for a place in the Indian Premier League (IPL) Play-offs.

With the win, Rajasthan rose to the fourth spot in the IPL tally with 14 points while RCB's campaign has ended on a disappointing note, thanks to their inconsistent performances in this edition.

On Saturday, the visitors made a heavy weather of their chase of Rajasthan's 164/5 to be eventually bundled out for 134 runs, with Gopal (4/16) ripping through the top order at the Sawai Mansingh Stadium here.

Gopal was complimented well by fellow spinners Krishnappa Gowtham (1/6) and Ish Sodhi (1/31) while the pace twins of Jaydev Unadkat and Ben Laughlin shared the rest of the four scalps between them.

Barring AB de Villiers (53 from 35 balls; 4x7) and Parthiv Patel (33 from 21; 4x3, 6x2), none of the visiting batsmen could offer any resistance to the disciplined Rajasthan bowling as wickets kept tumbling at regular intervals.