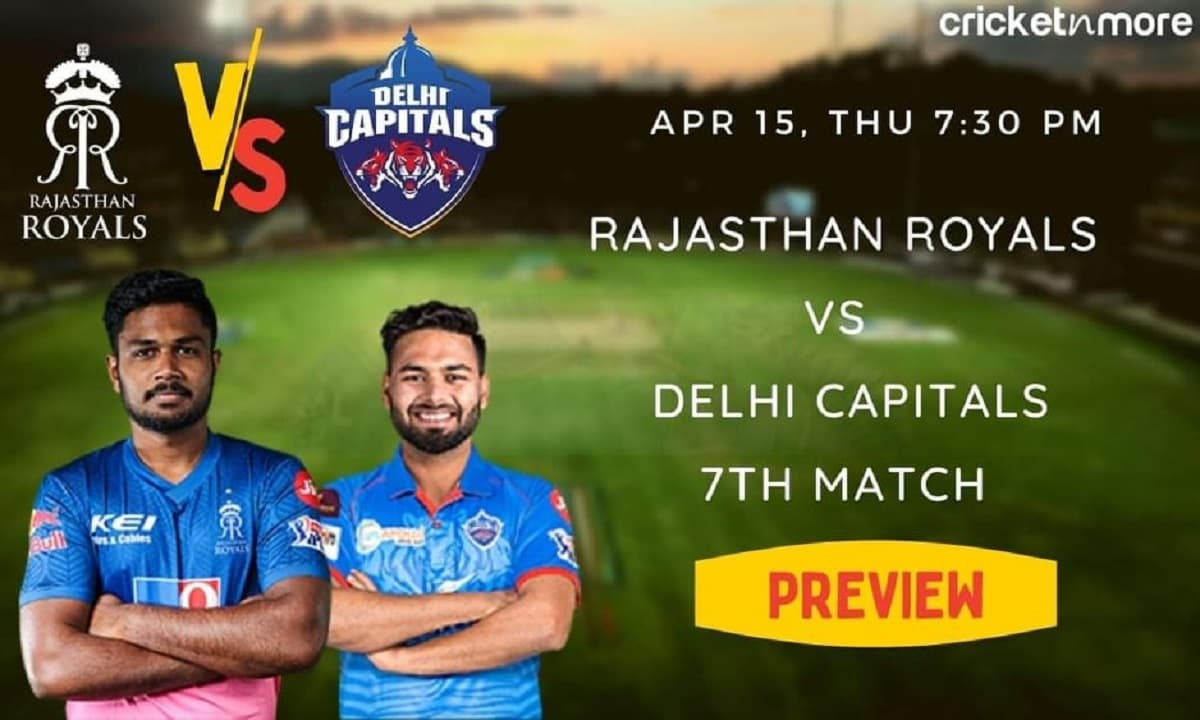 Jofra Archer's chances of recovering from his shoulder injury and joining RR in the league phase this season is highly unlikely and on Tuesday, ace all-rounder Ben Stokes was ruled out for the season with a broken finger.

Stokes will stay with the team to provide support from the outside but will not be able to play, leaving a gap in the RR playing XI.

The Jaipur franchise put up a stiff fight in their first match against Punjab Kings with Sanju Samson's century taking them to within four runs of Punjab Kings' 221-run total.

RR may field either Liam Livingstone or David Miller in place of Stokes in the match against DC.

The Delhi Capitals, however, will be a buoyant lot. Not only are they coming back from a resounding win over Chennai Super Kings in the first match but they also have their frontline pacer Rabada. The Proteas fast bowler had caused a lot of damage to opposition batting lineups in the last season.

Even with a pace attack that could be described as second string, DC managed to restrict CSK to below 200 on a very good batting surface. Prithvi Shaw and Shikhar Dhawan then went after the bowling, helping new captain Rishabh Pant start the season with a resounding victory.

On paper, especially with RR's injury woes, DC look the outright favourites. However, as Sanju Samson showed the other day, in T20 cricket even one good knock can turn a match. Samson will be hoping to perform again with the bat and will also hope that Chris Morris, for whom RR shelled out a huge Rs 16.25 crore, comes good.

DC also benefited from some poor fielding from CSK players, many of who were rusty. It is unlikely they will get that kind of luxury against RR. However, they remain the favourites due to the depth in bowling and batting.