Delhi Capitals(DC) will be looking to end their run of defeats and confirm a spot in the playoffs when they face the Mumbai Indians(MI) in the 51st match of the IPL 2020 here on Saturday. 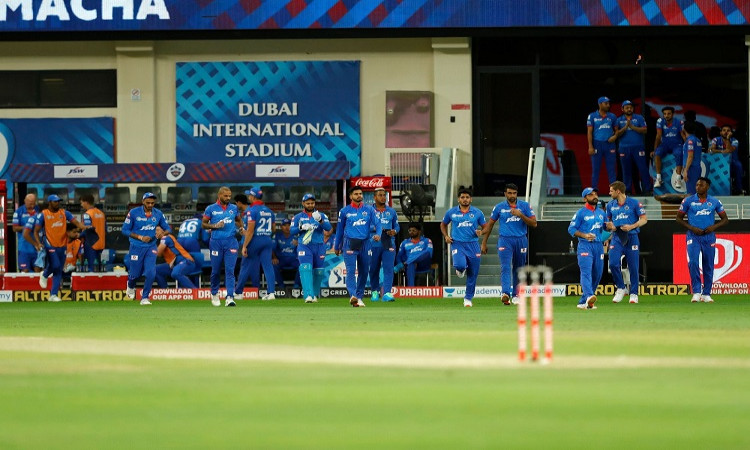 With three defeats on the trot, DC has faltered in the latter stage of the league season after dominating for much of it.

While MI is on top of the table with 16 points, DC (14 points) are in third place, thanks to their net run-rate which is lower than that of second-placed Royal Challengers Bangalore.

On the other hand, a win against MI would put them beyond the reach of the fifth-placed side in the league and thus confirm a spot in the playoffs.

MI will be looking to keep up their momentum as putting their feet up could result in them fall out of the top two and thus having to play an extra match in the playoffs.

Their top-order, comprising Quinton de Kock, Ishan Kishan, and Suryakumar Yadav, has been in good form in recent games while Kieron Pollard, Krunal Pandya, and Hardik Pandya have done the job in the lower middle-order.

Meanwhile, MI bowlers had a poor outing against Rajasthan Royals but they staged a roaring comeback against Bangalore.

Mi's lethal pacers Jasprit Bumrah and Trent Boult have been their backbone while Pollard, Rahul Chahar, and Krunal have chipped in with important wickets.

Captain Rohit Sharma's fitness remains a concern, but MI has hardly missed him in the two matches that he has not played.

DC's batting lineup has been their main cause of concern in their recent run of defeats. Bowlers Anrich Nortje and Kagiso Rabada also had a dismal outing against Sunrisers Hyderabad.