IPL 2020 Final: I should have sacrificed my wicket for Surya, Admits Rohit

Mumbai Indians (MI) captain Rohit Sharma admitted that he should have sacrificed his wicket for an in-form Suryakumar Yadav in the IPL 2020 Final on Tuesday. 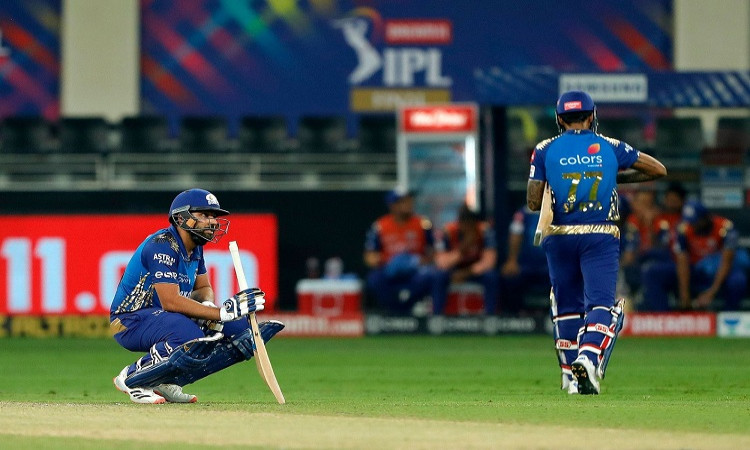 Suryakumar ran out of his crease at the non-striker's end intentionally, after Sharma started running towards his end. The MI skipper eventually scored 68 runs while Suryakumar made 19 and end the season on 480 runs.

"The kind of form he was in, I should have sacrificed my wicket for Surya. Throughout the tournament he has played some incredible shots," said Sharma in the post-match presentation ceremony.

Suryakumar and Ishan Kishan belied their uncapped status to score more than 400 runs in the season. Rahul Chahar, who missed out on the final, took 15 wickets.

"Rahul missed out today, and we need to make sure we put an arm around him and assure him that he didn't do anything wrong and that it was a tactical move. We made sure Ishan and Surya had confidence -- just have to let Ishan loose -- and Surya is a more matured player," said Sharma.

"We said at the start that we need the winning habit. We couldn't have asked for anything more, right on the money from ball one and we never looked back. I think a lot of credit goes to the people who worked behind the scenes; often they go unnoticed. Our work started long before the IPL started, and we wanted to make sure we filled the gaps in previous seasons," he said.