A resurgent Kings XI Punjab (KXIP) on Tuesday beat Delhi Capitals (DC) by five wickets to record their third consecutive win of the season and fourth overall in the Indian Premier League (IPL). 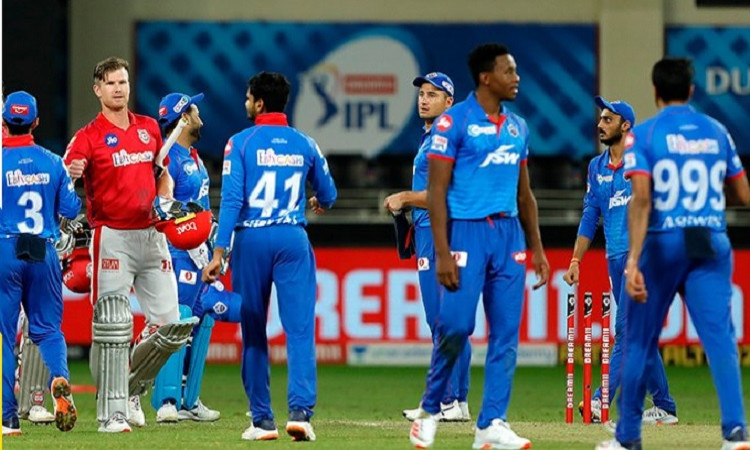 KXIP chased down a target of 165 with an over to spare with Nicholas Pooran being their highest scorer with 53 off 28 balls. Pooran smashed six fours and three sixes in his innings.

KXIP struggled to keep their wickets for much of the innings before Pooran took off and had a 69-run partnership with Glenn Maxwell for the fourth wicket. Pooran did most of the striking in the partnership. James Neesham, brought in place of Chris Jordan, took KXIP over the line with a six off the last ball of the 19th over.

DC required Shikhar Dhawan's individual brilliance to get to 164/5 wickets with the 34-year-old opener scoring an unbeaten 106 off 61 balls. The second highest score after Dhawan's effort for DC was 14 scored by Shreyas Iyer and Rishabh Pant.