Mumbai Indians(MI) have got every single piece of the jigsaw sorted and it's something which Delhi Capitals(DC) have been trying to copy, says former England fast bowler Dominic Cork. 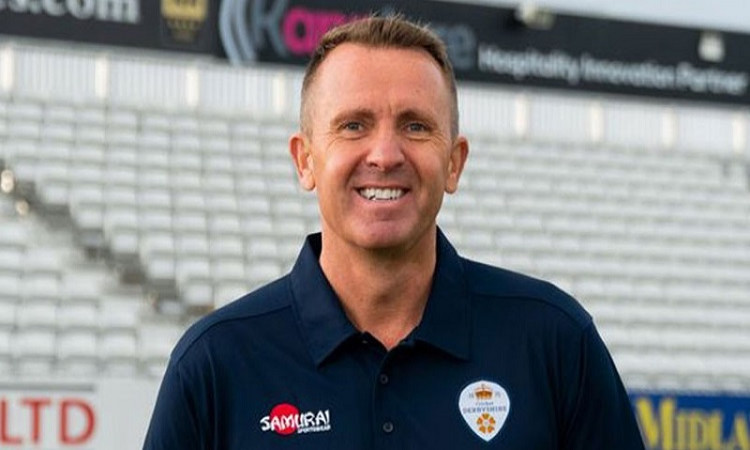 "I think they (DC) are trying to copy the blueprint of the Mumbai Indians and why wouldn't you try and copy that because of the success it has had. It's slightly different. So, this isn't just a side that is built over two weeks, this is a progression of all-year-round advantages through fitness and physiotherapy," Cork said while speaking on Star Sports show Cricket Connected.

"But I think what they are trying to do, under a coach, who has won the IPL in Ricky Ponting, is trying to put down that core of Indian young and exciting players - the captain, wicketkeeper, Shreyas Iyer, Rishabh Pant - and trying to add a little bit of flair with their overseas players," he added.

"Look, losing Trent Boult, I think, wasn't the best decision that happened to them because of what he's been for Mumbai Indians. But what they added, is two express pace bowlers in Kagiso Rabada and Anrich Nortje," said Cork.

"Obviously, Ravi Ashwin, with all his experience as well, they have a nice blend of experience, but also, with their youth coming through. So, they are trying to copy Mumbai," he added.

Talking about Mumbai Indians who are seeking their fifth IPL crown, the 49-year-old said the defending champions have the "best squad" and have also got "every single piece of jigsaw sorted".

"I think they have got every single piece of the jigsaw sorted and when you look at their squad, they have the best squad, it's simple. Because, say, if Trent Boult got injured, they have a left-armer to go straight in Mitch McClenaghan. So, every little piece of the jigsaw is good, and they have got some fantastic young players coming in - two I will name - Suryakumar Yadav and Rahul Chahar - two, that I think will play for India, definitely," he added.