India and England will clash in the second semifinal to secure a place in the finals of the T20 World Cup on Thursday, November 10. 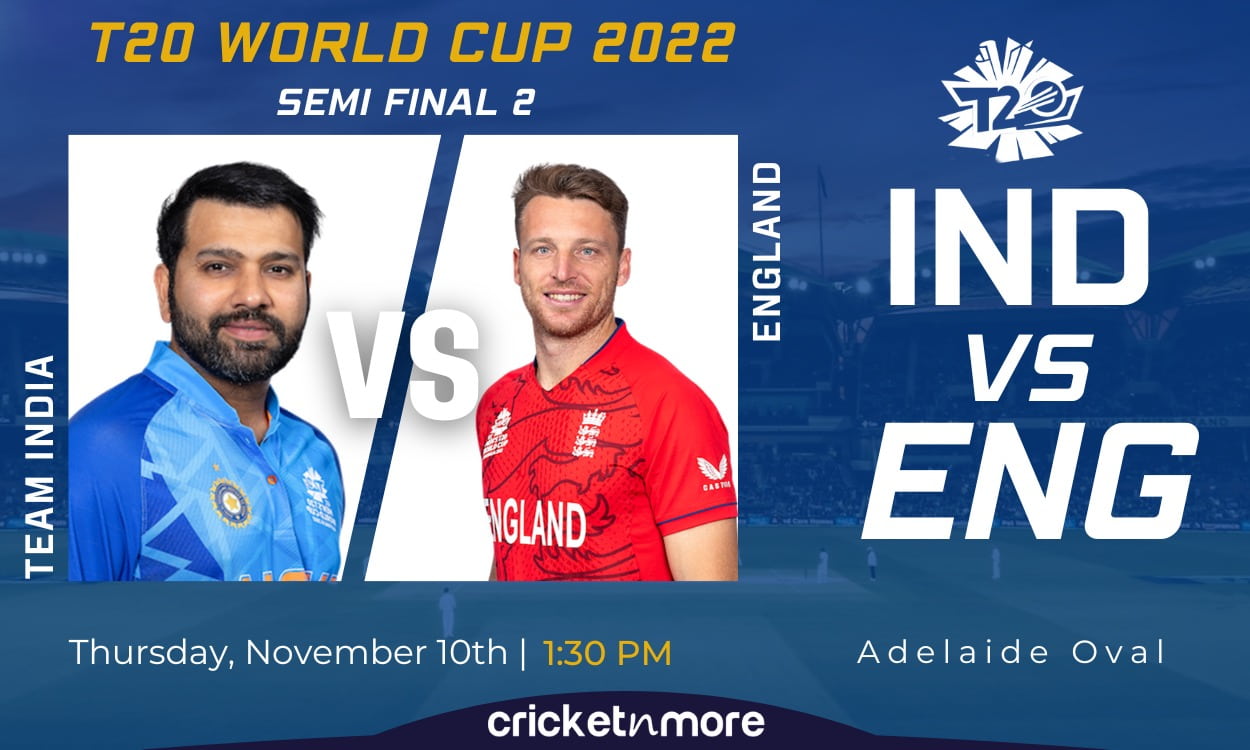 India and England will clash in the second semifinal to secure a place in the finals of the T20 World Cup on Thursday, November 10.


India vs England In T20 World Cups - A Statistical Analysis

The match features two teams hoping to win this tournament for the second time. India was the inaugural winner in 2007, whilst England won it three years after that.

India won their first game against arc-rival Pakistan and the match went to the last ball where team India had to rely on a heroic effort from Virat Kohli against spinner Mohammad Nawaz.

Then after an easy victory against the Dutch, India suffered a blow when South Africa defeated them by five wickets in a one-sided game. However, they quickly recovered by narrowly defeating Bangladesh in a contentious manner.

The team's batting so far is been amazing as Virat Kohli is the leading run-scorer of the tournament with 246 runs in 5 matches. Mr. 360-degree Suryakumar Yadav is the second-best batter and has been in fabulous form for the past year.

Indian bowlers have performed well in the tournament especially young pacer Arshdeep Singh who has grabbed 10 wickets and has impressed with his variations. Hardik Pandya is the second-best bowler with 8 wickets in 5 matches.

By the time they faced Zimbabwe, they were aware that they had already advanced to the semifinals as a consequence of other matches' outcomes. They won by a margin of 71 to secure first place in group B.

England hasn't yet found its greatest form in the competition, according to their own admission. They battled valiantly to defeat Afghanistan but were on the receiving end of a shocking defeat against Ireland.

There was no room for mistake after the rain ruined their encounter against Australia. They defeated New Zealand to get their best result of the campaign so far, but they nearly lost their last game to Sri Lanka. Ben Stokes' performance was crucial in helping his team win with two balls remaining.

England's batting so far has been their major concern in the tournament. Alex Hales is the best batter who has got 125 runs in 4 matches, Buttler scored 119 in the same no. of matches. The rest of the English batters have been disastrous.

English bowlers have shown gritty intent and have been their strength. Sam Curran is the leading wicket-taker for the team with 10 wickets, Mark Wood scalped 9 in 4 matches.

Team India will start as favorites to win this match against England and qualify for the finals of the T20 World Cup 2022.

IND vs ENG: Where to Watch?

India vs England match will be broadcasted on the Star Sports network on TV, and on OTT Platform Hotstar for Indian viewers.

England - Dawid Malan and Mark Wood are doubtful for this match due to injuries.