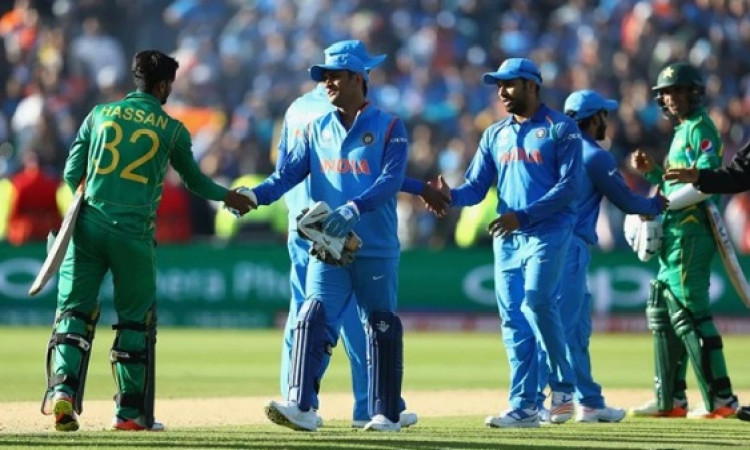 June 14 (CRICKETNMORE) One thing synonymous with every India-Pakistan cricket match is the emotions attached to it. Not just among players, but also fans are high on adrenaline. The battle on the cricket field between the two Asian neighbours is touted to be the "greatest rivalry" for which fans wait eagerly.

Although the two cricketing giants don't feature in bilateral ties due to political issues, there is always a great level of excitement and anticipation whenever the two teams meet in multi-nation tournaments.

Even in the ongoing World Cup in England and Wales, there's already enough hype for game number 22 -- the mother of all clashes -- to be played between India and Pakistan on June 16 in Manchester.

Such is the craze among the fans that they are willing to pay any amount of money to witness what is expected to be a high-octane encounter between the arch-rivals.

The tickets for the clash which will take place at the Old Trafford Stadium -- which has a capacity of 20000 -- were sold out within hours of the ticket window opening.

And now, those who have bought the tickets are earning more by re-selling them. A website, Viagogo, is now buying tickets from the fans and is reselling them for prices ranging from approximately Rs20,000 to Rs60,000.

According to the website, 480 people have asked them to resell their tickets which the website is now providing to those who want it.

The website has put up a map of the stadium wherein they have listed the services available in the stands for which the prices are mentioned.

India and Pakistan will be meeting for the seventh time in a World Cup on Sunday. On all the six previous occasions, the Men in Blue have turned victorious.