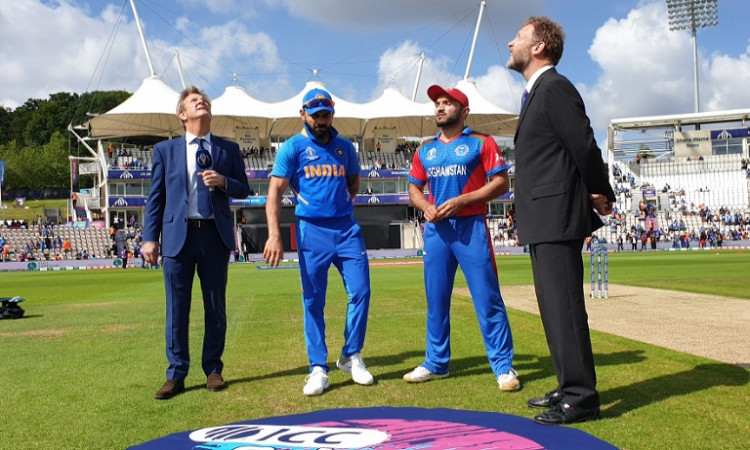 June 22 (CRICKETNMORE) India skipper Virat Kohli won the toss and decided to bat first in their World Cup tie against Afghanistan at The Rose Bowl on Saturday.

India have made one change with Mohammed Shami coming in for the injured Bhuvneshwar Kumar. The Afghan side has made two changes with Hazratullah Zazai and Aftab Alam coming in.

Speaking at the toss, Kohli said: "Going to bat first. Looks like a really good wicket. Nice and hard. Beautiful day to play cricket. One forced change. Bhuvi out and Shami in. Vijay showed a lot of composure in the last game. Brings balance with bat and ball and he's good as anyone in the world in the field. Whether we're playing a team which is very strong or a team coming up the ranks, our mindset is the same. Can't take Afghanistan lightly. Dangerous side when they get in the groove. Can't take any team lightly in the World Cup. Focus is within our group, what we want to do."

Afghanistan skipper Gulbadin Naib said: "Wanted to bat first. It will be a long day, looking forward to the end of the day. Noor Ali not playing, Hazrat in the side. Dawlat also not playing, Aftab in the side. Happy with batting performance against England, playing the fifty overs."