India and other team's chances at the World Cup 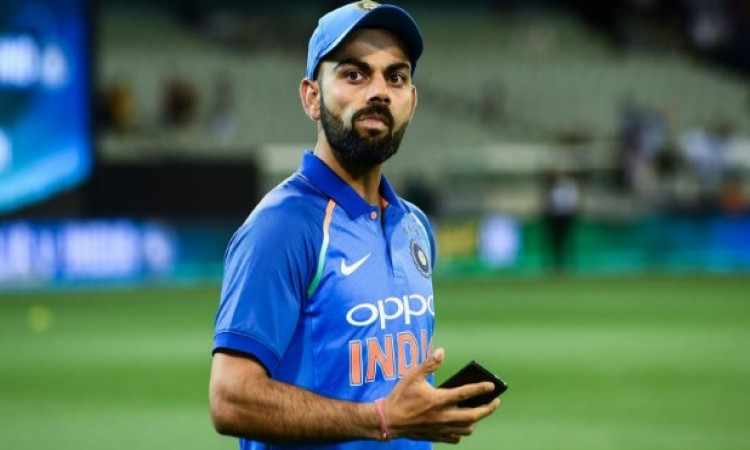 May 25 (CRICKETNMORE) The two most difficult jobs in India are that of the Prime Minister and the Indian cricket team captain.


The saffron colours of the Bharatiya Janata Party (BJP) under the leadership of the dynamic Narendra Modi, has won handsomely in the elections.

Amid the celebrations of BJP's emphatic triumph, the Indian captain, Virat Kohli, along with his entourage headed to the UK to take part in the World Cup.

India, who are presently ranked the number two side in One Day Cricket, are one of the strong favourites to lift the Cup.

The millions of young Indian cricket supporters have been brought-up on the image of the smiling Kapil Dev lifting the trophy at the Lords balcony in 1983 and are now 36 years later, dreaming of seeing the suave Kohli do the same.

The excitement that has been generated not only among the well-wishers of the Indian team, but also, among the players is incredibly high.

The thought of competing with the best and coming out winning is a dream every sportsman yearns for.

In cricket, victory in the World Cup has become the ultimate prize. A gruelling six weeks of intense cricket with the first milestone of qualifying in the last four is the aim of all the 10 sides participating. This will be foremost in their mind. The new format of playing each other once is such that none of the teams can lower their guard in even one of the matches.

India, in all probability should win the minimum five matches that would then take them into a semi-final spot.

The consistency that the Indian side has shown over the past two years and the superiority against the likes of of Afghanistan, Sri Lanka, Bangladesh, West Indies and New Zealand should give them the confidence to beat these teams once again.

Cricket has its uncertainties, but a side that has the mental advantage is always one that wins in a crucial encounter.

The good and the bad of the Indian World Cup team has been analysed and scrutinised by one and all.

India has a very strong top order batters and with Virat Kohli heading the list as the leading batsman in world cricket, it will take some very good bowling for most teams to keep the trio from notching-up a good start.

This will help to build a foundation which then would be an ideal platform for the hard-hitting batsmen to follow.

India's strength is their variety in their bowling, but it will be their fielding that will decide their fate.

England, look like the firm favourites, especially as the last two World Cups have been won by the host team.

The English team, is rated as the best in world cricket at present and the form especially of their batters, do make them into a side that can chase a total.

Australia, with the return of two of their best batsmen in Steven Smith and David Warner and with two series win against India and Pakistan recently should make them into a formidable side.

They are the present title holders and look like a threat to make the final play-offs.

Pakistan, the winners of the Champions Trophy in England in 2017 do not look well established as a team at present.

Their intention was to play a young unknown side but that did not produce the intended results in the matches in England recently ahead of the final selection of the team.

A 4-0 drubbing by England, forced the selectors to go back to their stalwarts and therefore, they look like a side that may still need to get their combination right.

South Africa and New Zealand are two sides who in the past had all the fire-power to win the Cup but somehow failed every time on the given day.

Both of them possess some outstanding cricketers, but with their inconsistent performances during the year, one does not see either of them as possible World Champions.

The limited overs game can always prove one wrong but going by their recent records, they both are capable of a few surprises for some of the favourite sides.

The West Indian side has some powerful hitters, but watching them recently play a tri-series with Bangladesh and Ireland, their bowlers seem to lack consistency in length and their fielding needs a lot of improvement.

Sri Lanka is a side that has several internal issues and if they do not do well in the first few matches of the tournament they could very easily be in the also-ran category.

Bangladesh has the enthusiasm of a young side on the rise, but for them and for Afghanistan to beat most of the sides rated well above them will be a difficult feat to accomplish.

This World Cup will need all sides to show far more consistency and intensity than ever before.

There will be a few hiccups for all the teams as each one can pull out a rabbit on a given day.

The team that recovers quickly from it will be at an advantage. The wickets in England from the matches that have taken place recently appear superb for batting.

Fielding will play a very important part and the one that takes the best catches will win the matches.

Virat Kohli rightly conveyed in the press meet before the team's departure that he has told his team to enjoy every moment during their trip, especially when out in the middle.

We, as spectators, wish the Indian team a " Bon Voyage" and look forward to enjoying every moment as well.