IND v SA: Deepak Chahar's 54 went in vain as South Africa bowled out India for 283 to win the 3rd and final ODI by four runs and clinch the series 3-0. 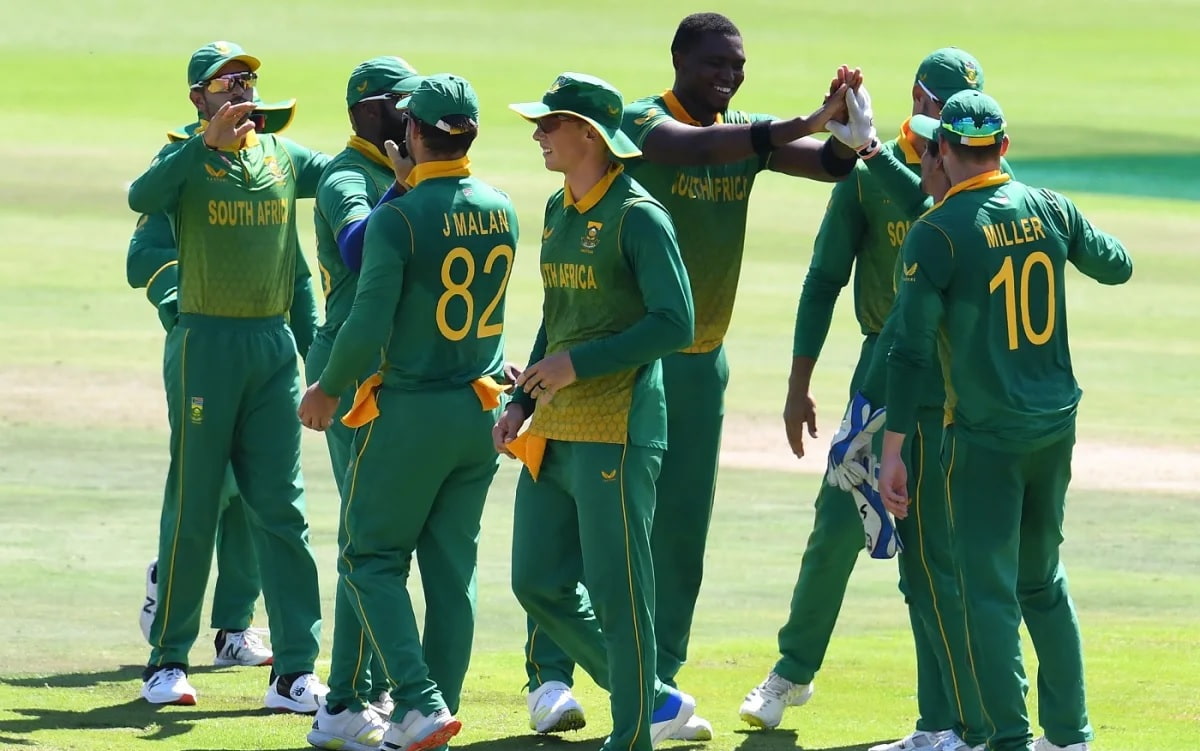 IND v SA: Deepak Chahar's 54 went in vain as South Africa bowled out India for 283 to win the 3rd and final ODI by four runs and clinch the series 3-0.

The chase for 288 runs began poorly as India KL Rahul early in the 4th over. Shikhar Dhawan and Virat Kohli built the innings with their 98-run stand in 110 balls.

Dhawan scored 61 with the help of five fours and a six before Andile Phehlukwayo got him out caught. In the same over, Rishabh Pant decided to smash his first ball for a six but got caught at the boundary.

Kohli kept one end and scored at a very unlike Kohli rate. Keshav Maharaj kept troubling him and eventually got him out when Kohli was on 65.

Shreyas Iyer and Suryakumar Yadav added 39 runs in 33 balls for the fifth wicket to rebuilt the inning but the former got caught on 26. Suryakumar also got out soon trying to hit one to the boundary. Jayant Yadav got out trying to hit the boundary over the same region.

Chahar was seeing all this happening from the other end. He along with Jasprit Bumrah decided to take things into their hands and added 55 in the next 31 balls.

Chahar kept finding the boundaries and also hit two sixes as the match came within winning distance for India. However, Chahar, on 54, mistimed one when India needed just 10 runs in three overs.

The run flow stopped as Yuzvendra Chahal came to the crease. Bumrah decided to risk a boundary but got caught. Chahal and Prasidh Krishna couldn't take India home as Dwaine Pretorius got the final wicket as South Africa whitewashed the visitors.

Deepak Chahar began the proceedings for India and got his team a crucial wicket in the 3rd over of the day - Janneman Malan. India shortly got Temba Bavuma runout as South Africa looked troubled.

However, De Kock was in a league of his own and kept playing his shots. Chahar was given an extended spell and in turn got India reward in the form of Aiden Markram, who mistimed a pull shot.

It looked like India might control the innings now but de Kock and Rassie Van der Dussen had other ideas. The duo put on a 144-run stand in 143 balls to set up a good platform for the rest of the batters to cash in.

de Kock, in particular, looked in sensational touch as he reached his 17th ODI century in the 31st over. However, India bounced back to remove de Kock in the 36th over. In the next over, Van der Dussen was finally dismissed in this ODI series as he tried slog sweeping Yuzvendra Chahal only to find Shreyas Iyer in the deep.

Proteas lost three wickets in quick succession but David Miller and Dwaine Pretorius added 44 runs in 43 balls for the seventh wicket to get South Africa past 275.

In the final few slog overs, Prasiddh Krishna kept changing the pace to bowl out South Africa for 287 and finished the innings with three wickets. Deepak Chahar and Jasprit Bumrah got two wickets each as well.