India's stand-in skipper Hardik Pandya was one pleased man after thrashing New Zealand by 65 runs in the second T20I at Bay Oval in Mount Maunganui on Sunday, calling it 'a complete performance'. 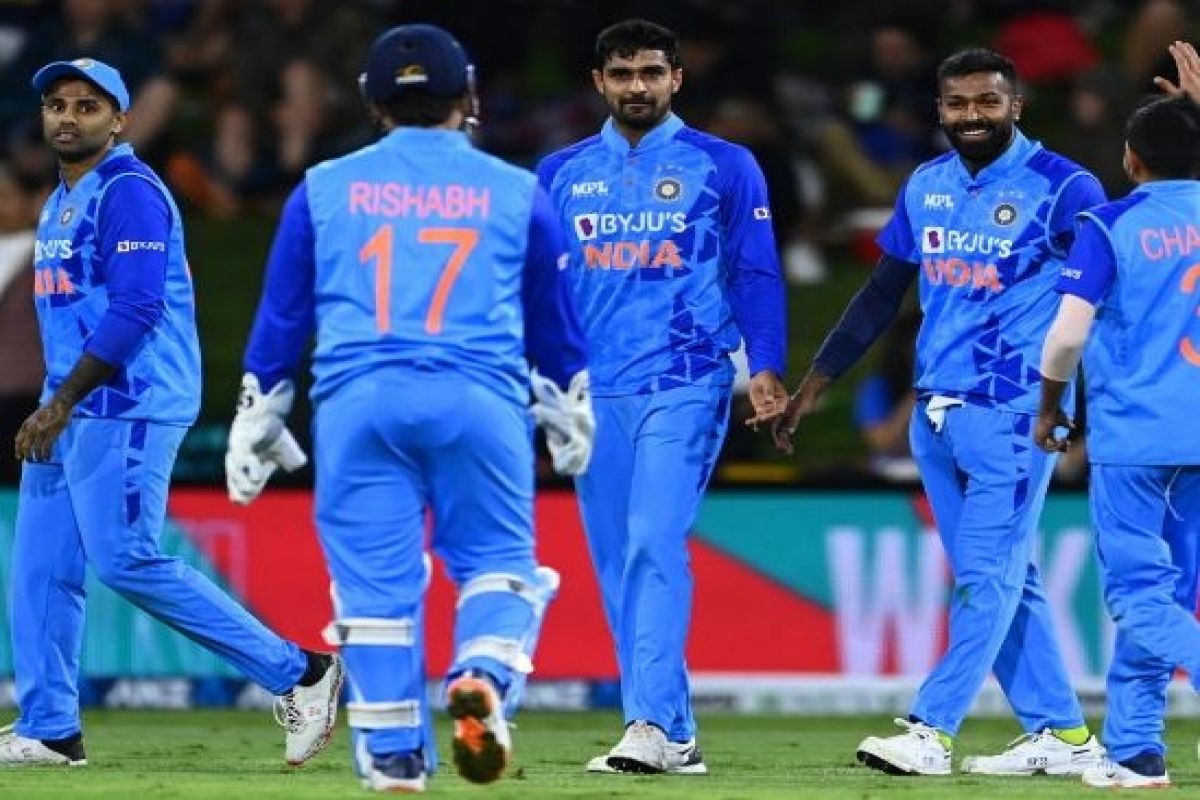 India's stand-in skipper Hardik Pandya was one pleased man after thrashing New Zealand by 65 runs in the second T20I at Bay Oval in Mount Maunganui on Sunday, calling it 'a complete performance'.

India's huge victory to go 1-0 up in the three-match series was set up by top-ranked T20I batter Suryakumar Yadav hitting 11 fours and seven sixes all over the park at a strike-rate of 217.65 to be unbeaten on 111 off 51 balls.

His second T20I century, which came in 49 balls, propelled India to a challenging 191/6 in 20 overs. In reply, New Zealand just never got going with the chase and were bowled out for 126 in 18.5 overs.

While Deepak Hooda took four wickets, including three in the 19th over, Yuzvendra Chahal and Mohammed Siraj starred with two wickets each while Bhuvneshwar Kumar taking a scalp too.

"A complete performance, absolutely can't get better than us. Suryakumar put us 30 runs forward. After that the bowlers were very clinical. Being aggressive does not mean you take every ball on, its about body language."

"Looking at all those, we ticked all those boxes, especially with the water due to the rain. It was quite difficult to bowl but they stuck to their plans," said Hardik in the post-match presentation ceremony.

Hardik didn't bowl in the match as Hooda showcased his off-spin bowling and had figures of 4/10 to close the New Zealand innings. He insisted that he would like to see more people standing up to chip in with the ball.

"Sixth bowler, absolutely I have bowled lots of times. But going forward I want a number of more bowling opportunities. Not always that this will work but I want more batters to chip in with the ball."

"Not always that bowlers will have their day but if you give them game time, it could've gone another way also. But today the sixth bowler Deepak stopped the runs and those two overs changed the game and put them under pressure."

Hardik further highlighted that players in the Indian camp were in a happy atmosphere. "I expect them to be professional, that they are. People were backing each other, that's what I am looking for. Give them the opportunity to enjoy themselves."

"It's about creating an environment where they are all in a happy space. I see many times in this team that all the players are happy for each other's success. And that's important."

Hardik opined that he was undecided on the playing eleven for the third T20I at Napier on Tuesday. "Don't know, we'll see the wicket. I'd love to give everyone an opportunity but we'll ask the bowlers if they need rest, we'll see at the ground. But it's just one more game, so it's a bit tough."

Suryakumar, who got the Player of the match award, credited the clarity in mind and work done in practice sessions for making a sizzling century in front of a sell-out crowd. "The plan was clear when we came to bat. The plan was for me to bat till the end to reach par score of 170. Secret I feel for such kind of format you have to have good intent irrespective of situation."

"It's also about the work you do in the practice sessions. I feel that I didn't think too much about what was happening. Just had my gameplan and it worked well. Great feeling coming here and having a full game irrespective of the conditions."

New Zealand skipper Kane Williamson praised Suryakumar's knock, but admitted that his batters were just not at their best. "It was not our best effort, have to say that. That was one of the best knocks I have ever seen. Some of those shots I have never seen. That was next level."