Kyle Jamieson continued to trouble the batters in the second session as India lost four wickets for 154 runs at tea in the Green Park Stadium, Kanpur. 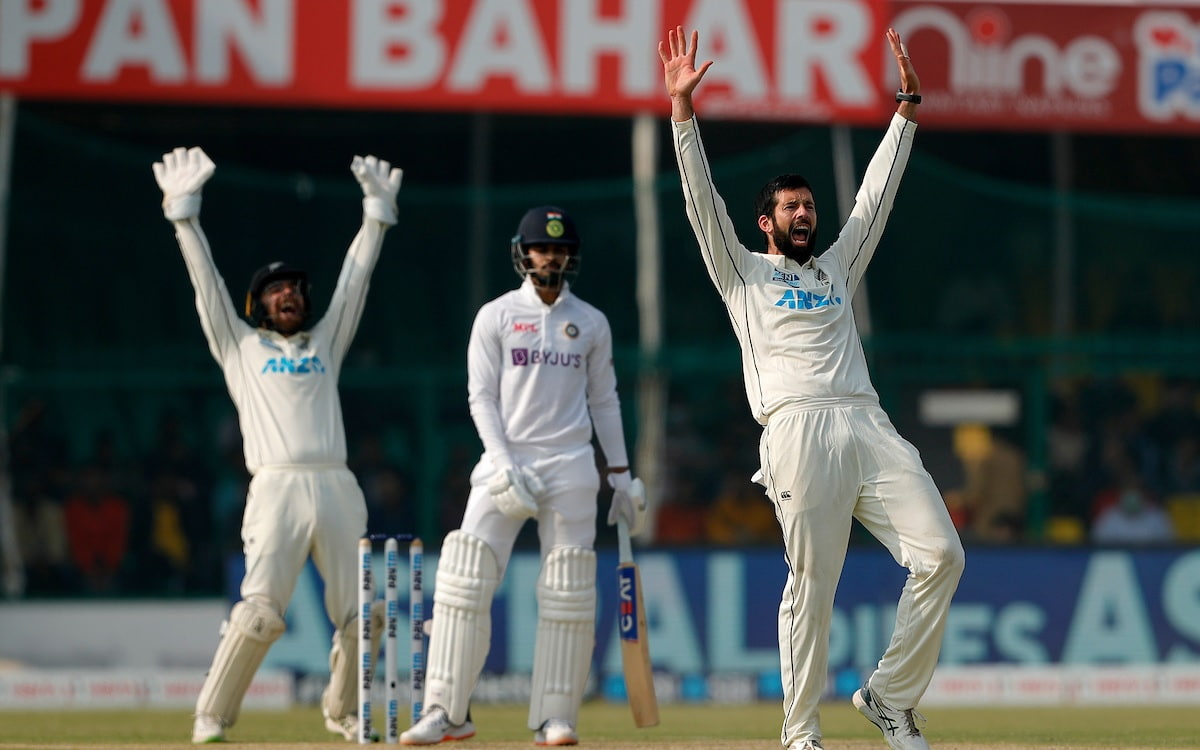 Resuming the innings at a score of 82/1, Jamieson struck in the first over of the post-lunch session as he removed half-centurion Shubman Gill on 52.

Ajinkya Rahane started well, hitting a few backfoot punches through the covers to keep the scoreboard ticking. Cheteshwar Pujara, who was playing in his usual manner, couldn't give much support to Rahane as Tim Southee found his outside edge. Pujara fell for 26 off 88 balls.

Debutant Shreyas Iyer came in at number five and looked a bit nervy at the start. He settled his nerves with a flick shot. Rahane, on the other end, was looking good for 35 from 63 balls but got bowled off Jamieson trying to cut the ball.

Ravindra Jadeja came in to bat in the final 20 minutes before the tea and is on 6* along with Iyer at the crease who is on 17*.