'I Remember Everything That Happened On That Day In 2018'; Pandya Remembers Being Stretchered Out Against Pakistan

Bowling the 18th over against Pakistan in the 2018 edition of the Asia Cup, Pandya lay motionless clutching his back before he was stretchered off the field. 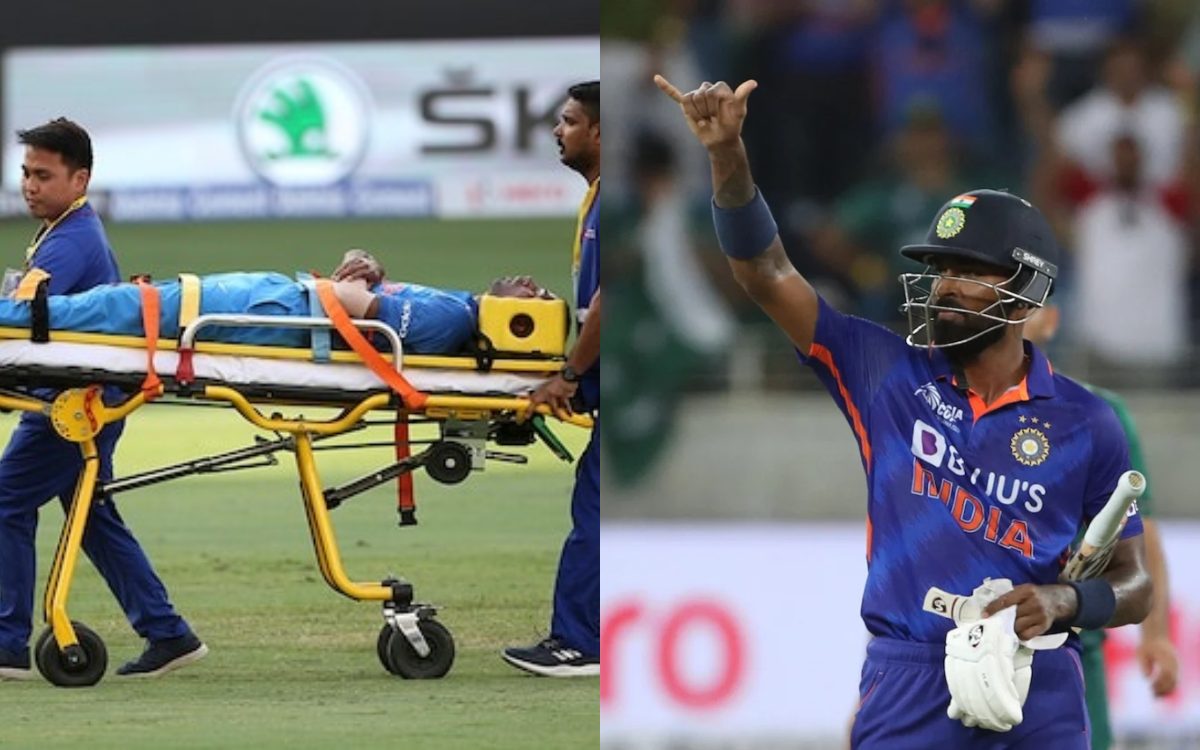 In his hour of glory on Sunday night at the Dubai International Cricket Stadium, India all-rounder Hardik Pandya reminisced the turn of events four years back at the same venue, against the same opposition and in the same tournament, when he was stretchered out after suffering an acute lower back injury.

Bowling the 18th over against Pakistan in the 2018 edition of the Asia Cup, Pandya lay motionless clutching his back before he was stretchered off the field.


'We Were Praying For Hardik To Score Runs Against Pakistan', Reveals Bhuvneshwar Kumar

On Sunday, following the thrilling five-wicket win against the arch-rivals with two balls to spare, Pandya said he "remembered everything" that happened on the fateful day which left his cricketing career virtually over.

Pandya's all-round effort on Sunday -- he took 3/25 in his four overs and scored an unbeaten 33 off 17 balls -- was the reason behind India winning the contest and taking sweet revenge against their rivals who had beaten them by 10 wickets in the ICC T20 World Cup last year here.

"I was remembering everything. I was being stretchered out of the ground, and it was the same dressing room. Yes, today I felt a sense of achievement because what I have gone through to come back and to get the opportunity... that journey is very beautiful," said Pandya in a conversation with Ravindra Jadeja in a video posted on bcci.tv on Monday.

"I think behind the scenes who all have worked with me (to bring me back to full fitness), they don't get the credit and I always strive that the people who have helped me get due credit. Nitin Patel and Som Desai, these are the two people I will give credit to for whatever comeback that has happened for me," said Pandya.

Pandya also said he wasn't the least nervous after Jadeja got out on the first ball of the final over bowled by left-arm spinner Mohammad Nawaz.

"Well, I didn't feel scoring seven runs would be that big a task (in the final over) because he (Nawaz) is a left-arm spinner and there were five fielders inside the circle. Had there been even 10 fielders outside the circle, it wouldn't have made a difference in my approach, as I had to just hit over the top," said Pandya, who smashed a huge six to signal India's victory with just two deliveries remaining.

"Having said that, I showed emotions only once during my inings when you (Jadeja) got out on the first ball of the 20th over. The pressure wasn't there (on me). I felt the bowler was under more pressure, so I was just waiting for him to commit a mistake. The way he made the field placing, I knew he would bowl back of length and I was ready (to hit a six)," added Pandya.