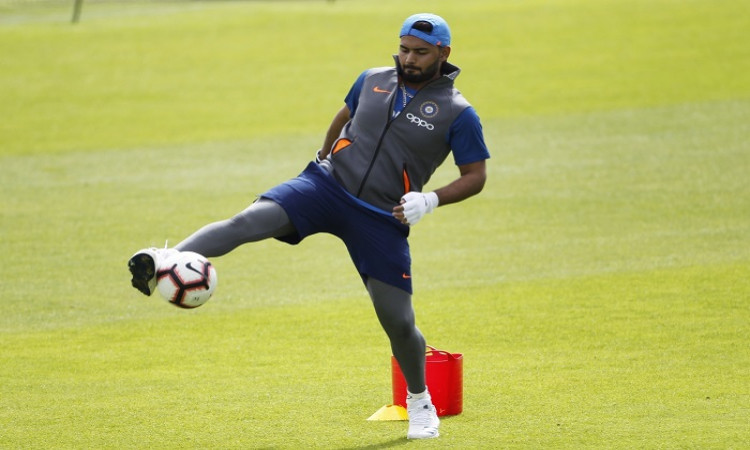 Southampton, June 21 (CRICKETNMORE) Stumper batsman Rishabh Pant is positive despite the World Cup snub, after joining the Indian squad as a replacement to the injured Shikhar Dhawan.

"When I didn't get selected, I thought may be I didn't do something right, so I became more positive and focused on how to improve myself. Then I did well in IPL. Then I kept practising," Pant told India spinner Yuzvendra Chahal in a video posted by BCCI.

Also Read: Getting wickets against Pakistan gave me confidence: Shankar

Pant was drafted in as cover after Dhawan suffered a thumb fracture during his match-winning hundred against Australia.

"It is one dream for all to make India win. When I came to know that I have been called to England as a back-up, my mother was with me. So I told her, she went to temple and paid her offerings.

"As a cricketer, I always wanted to play a World Cup and perform there and now that I have got this opportunity, I am feeling very happy."

Virat Kohli-led India have so far won three of their four games convincingly, with the one against New Zealand being washed out without a ball bowled. In their opener, the Men in Blue beat South Africa by six wickets to follow it up with a 36-run victory over fellow favourites Australia.

Against arch-rivals Pakistan in the big-ticket clash, India romped to a 89-run win (D/L method) in a rain-affected tie.