Hashim Amla relishing playing at the World Cup during Ramadan 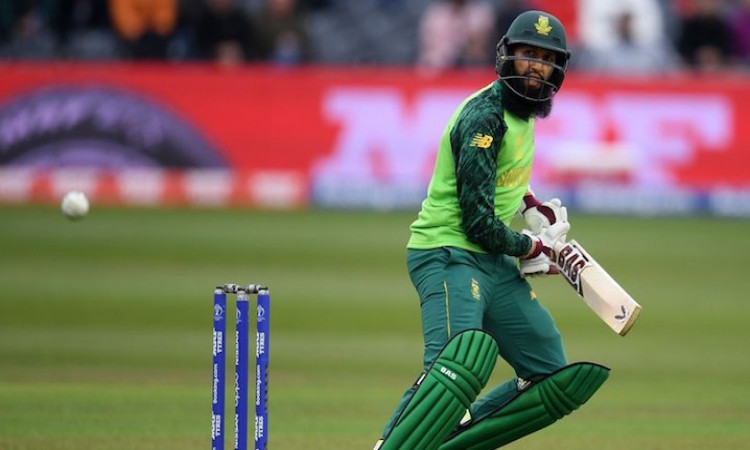 May 27 (CRICKETNMORE) - Hashim Amla is delighted to be starting the World Cup in what he called the “best month of the year,” the Muslim holy month of Ramadan.

Starting on 6 May this year, Muslims around the world, with some exemptions, fast from sunrise to sunset for a maximum of 30 days, which Amla credits with improving both his physical and mental approach.

Also Read: Shaheen Afridi ready to learn on the job ahead of first World Cup

“It really helps with my conditioning,” Amla said, after South Africa’s rain-affected, final warm-up match against West Indies in Bristol.

“Fasting is something I always look forward to. It’s the best month of the year. I see it as a great mental exercise and also, as a great spiritual exercise.”

Amla was also in England during the fasting month in 2012, when he became South Africa’s highest individual Test run-scorer.

His 311 not out was struck at The Oval, the same venue where South Africa will start the ICC Men’s Cricket World Cup 2019 against the hosts, England.

While that may be a good omen, the discipline of the long game is completely different from what will be required of Amla over the next six weeks.

Equally, Amla’s task will be unlike the cricket he was playing before this tournament, in April, where he was engaged in a domestic twenty-over competition. He opted out of the final rounds of that tournament to work on the specifics of the ODI format.

This time, it’s worked. Amla reeled off two half-centuries in South Africa’s two warm-up games and appears to have found his touch.

He acknowledged that it was crucial for him to hit form ahead of the tournament but understands that he is still competing for a place in the team, and not guaranteed one.

“Scoring runs is always important,” Amla said. “Whether I make the playing XI or not is not up to me. I do what I can do and what happens after that is for the benefit of the team.”

Even if Amla spends some time on the sidelines, he will play an important role behind the scenes, where he will be called on to offer advice and share experience with the younger players in South Africa’s squad.

Amla has no set script for when that moment arrives but will aim to lead by example and in conversation with his team-mates.

“It’s something you don’t try and force. It happens naturally. It’s not something I consciously think about but I think it happens anyway,” Amla said. “There’s a lot of experience in the playing XI and the coaching staff so that osmosis of information and knowledge is going to happen anyway.”