Deccan Gladiators scored an easy five-wicket win over The Chennai Braves in a low-scoring game to leapfrog to the second spot on the points table after four wins in the Abu Dhabi T10 here. On Friday n 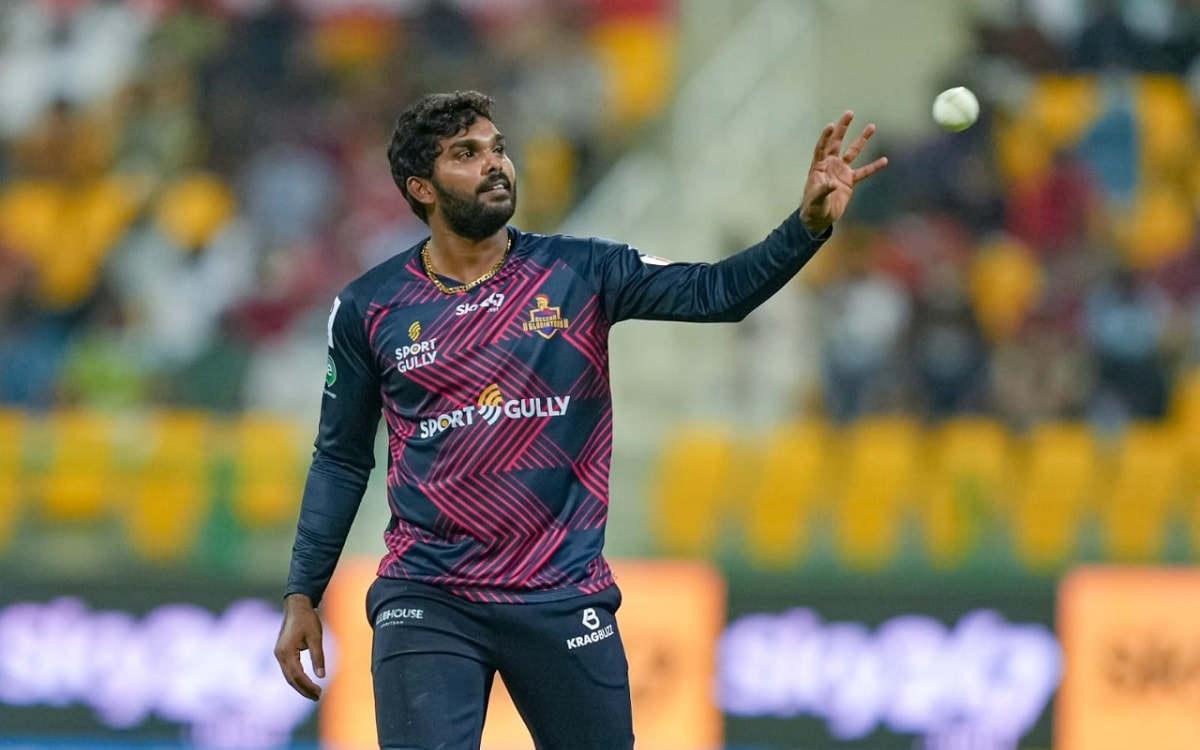 Deccan Gladiators scored an easy five-wicket win over The Chennai Braves in a low-scoring game to leapfrog to the second spot on the points table after four wins in the Abu Dhabi T10 here.

On Friday night, it was a case of The Chennai Braves batting line-up imploding in the face of some incisive bowling, and the team could only manage 57 runs in the first innings of the match.

Deccan Gladiators' Sri Lankan player Wanindu Hasaranga was the pick of the bowlers as he broke the back of the Braves' middle order, snaring three wickets for nine runs from two overs. The defeat was Chennai Braves' sixth of this edition as they continue to remain winless.

The Deccan Gladiators looked in real hurry in their chase as they went into attack mode from the first ball. However, the approach proved to be counter-productive as they lost early wickets with all the batsmen trying to clear the boundary.

After Nuwan Pradeep removed Tom Kohler-Cadmore in the first over, Mark Deyal got the wickets of Tom Moores and Najibullah Zadran in the second over.

In the next over by Angelo Perera, another rash shot brought about Odean Smith's demise to raise hopes in the Chennai camp. However, poor catching was the bane as Ravi Bopara dropped opener Tom Banton off Deyal's bowling.

Banton could add only five more runs before he gave an easy catch to Bhanuka Rajapaksa at long-on off a Perera full-toss.

Post that, David Wiese and Andre Russell ensured there were to be no more hiccups as they wrapped up the chase in the sixth over.

Earlier, things looked bright for The Chennai Braves when opener Rajapaksa started the innings with a flurry of boundaries. But it did not last long and his stint at the crease came to an end on the final delivery of the second over when he was snapped up by Hasaranga at the square-leg boundary.