Delhi Bulls cruised to an eight-wicket victory over Northern Warriors to jump to second spot on the points table in the Abu Dhabi T10, with Afghanistan cricketer Rahmanullah Gurbaz stealing the show with a stunning 70 here. 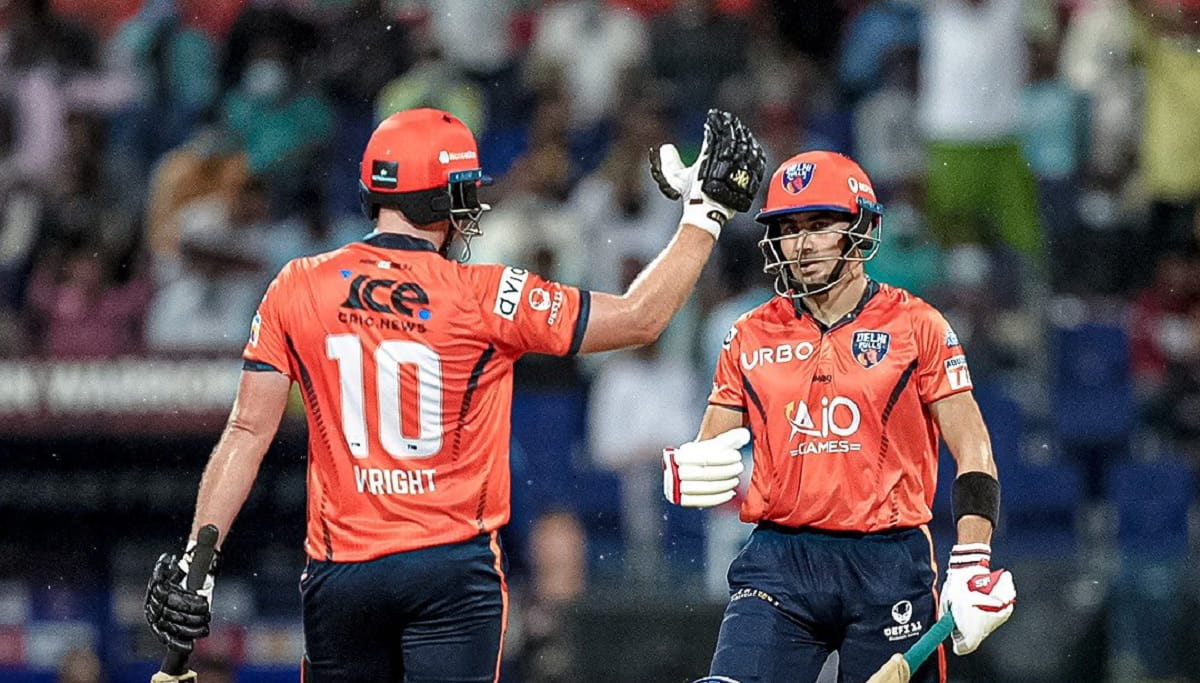 Jamaica's Rovman Powell hit another half-century in a late Thursday game to help the Warriors pose a challenging 128, but it was Bulls' opener Gurbaz who attacked the bowling from the word go. His 116-run opening stand with England cricketer Luke Wright ensured that the Bulls were always ahead in their chase and had minimum difficulty in notching their fourth win in the tournament.

Wright came out to open and began well, but it was the 19-year-old Gurbaz who hogged the limelight by putting on display his entire range of shots against the Warriors' bowling attack. Wright provided Gurbaz the perfect support, finding the boundary rope from time to time to take his team to 76 without any loss at the halfway mark.

Facing Oshane Thomas in the seventh over, Gurbaz brought up his half-century with a six on the off-side from just 24 balls. His flick of the wrist six on the next ball took his team to the triple-figure mark.

The diminutive right-hander ended the over with another glorious six, leaving the Bulls with only 21 to get of the final three overs. Though Gurbaz and Shepherd got out in quick succession, Wright with the experienced Eoin Morgan steered the Bulls to safety with the English white-ball skipper finishing the match with a six on the penultimate delivery.

Earlier, Delhi Bulls won the toss and decided to bowl. Unlike the previous evening where Moeen Ali and Kennar Lewis lit up the Sheikh Zayed Stadium with a century partnership, the duo was separated on the second ball of the innings when Lewis fell to Sheraz Ahmed.

Samit Patel in the company of Ali tried to repair the damage but fell prey to Adil Rashid's guile in the fourth over. On the first ball of the next over, Ali was caught spectacularly by Eoin Morgan in the outfield when he miscued a pull.

For the umpteenth time in this tournament, Warriors' skipper Powell arrived at the crease with his team staring down the barrel. He took no time to get going though and took 17 runs from Romario Shepherd's over. His confidence seemed to rub off on to Ross Whiteley who dispatched Rashid's leg-spinners for consecutive boundaries in the next over.

Powell continued meting out severe punishment to Shepherd's half-trackers, hitting him for a hat-trick of sixes before Whiteley also joined the party with a six of his own. Farooqi dismissed Whiteley to bring an end to an entertaining 66-run partnership before Powell fell in the penultimate over for 56. Umair Ali hit a couple of big hits during his brief stay at the crease to take the Warriors to 128.