Flashback Friday: When Hussey Single Handedly Took The Game Away From Pakistan In T20 World Cup 2010

The Marcus Stoinis-Matthew Wade blitzkrieg on Thursday night for Australia against Pakistan in the ICC T20 World Cup semifinal here brought back memories of the Michael Hussey special, which almost singlehandedly swung the game at the 2010 T20 World Cup in the Kangaroos' favour. 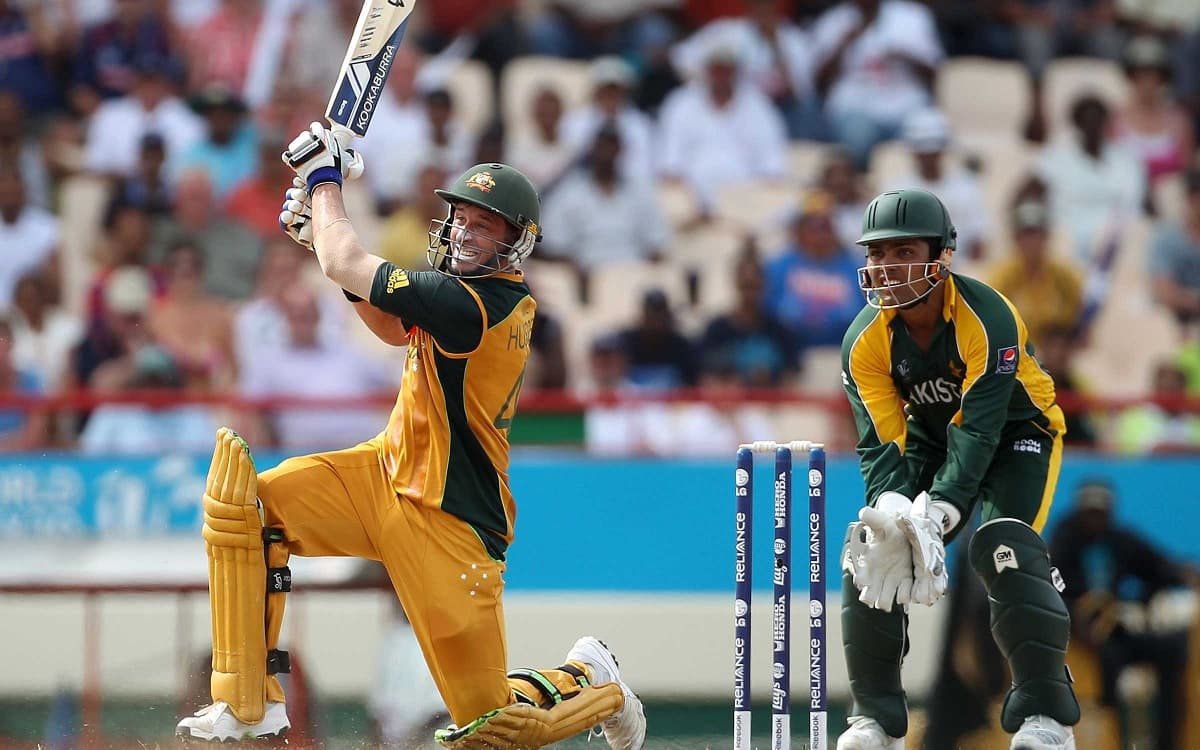 In 2010 in the West Indies, it was Michael Hussey who, with the help of six sixes in his unbeaten 24-ball 60, achieved an almost improbable task of chasing Pakistan's score of 191 in the semifinal played at Gros Islet, winning by three wickets with just one ball remaining.

Pakistan looked to be on their way to a third straight final reducing Australia to 144 for seven in the 18th over. A player at the peak of his powers, Hussey was able to do something that few thought possible at the time, the sort of destructive knock that has become more commonplace as the format has developed.

Still, Hussey was regarded as arguably the best white-ball finisher in the game at the time. If someone was going to turn a game like that, it was probably him. His three sixes off Saeed Ajmal were matched by Matthew Wade in Dubai, who went one better by getting three in a row off Shaheen Shah Afridi to seal a stunning chase of 177.

On Thursday, Wade was a more unlikely hero than Hussey. Not that he is not a capable batter, but he had only crossed 30 on one occasion in a chase in T20Is, and that came when opening. He did not have anywhere near the pedigree of Hussey when it came to finishing.

In fact, it was his batting partner Stoinis who seemed the more likely match-winner, and for Wade, the all-rounder was the man who turned the game when he took 13 off Haris Rauf in the 17th over including a six and a four.

That brought the required rate down to just over 12 an over from the last three, the sort of numbers that have become easily attainable, particularly with the rapport between the batters that Wade and Stoinis possess.

They did just that, Stoinis finishing unbeaten on 40 and Wade a blistering 41 from just 17 deliveries.

Asked about how the pair have become such good finishers, Wade said, "It's confidence, confidence in your ability to finish the game. To be able to bat with Marcus has been awesome, I've played a lot of cricket with him (Stoinis) at Victoria early on in his career so I've seen him grow into the cricketer he is today.

"I know if I can hang with him for four or five overs, he's going to find the boundary, he's too big and strong not to. The reason that he and I worked well towards the back end is that we know each other's game so much.

"Trying to keep calm is probably the biggest thing towards the back end. That's quite easy for me because I look down the other end and I see his big rig ready to send it out of the park. It might not be as easy for him at the other end," said Wade.

While it was a one-man effort from Hussey 11 years back which stunned Pakistan, this time it was a joint effort from the new generation of Australian finishers.

In 2010, Hussey's heroics did not lead to a title as England won the final. With Wade and Stoinis, perhaps this is the year that Australia end their wait for a men's T20 World Cup crown.