Five Indian Under-19 players who can get hefty deals during the IPL Mega Auction on February 12 and 13. 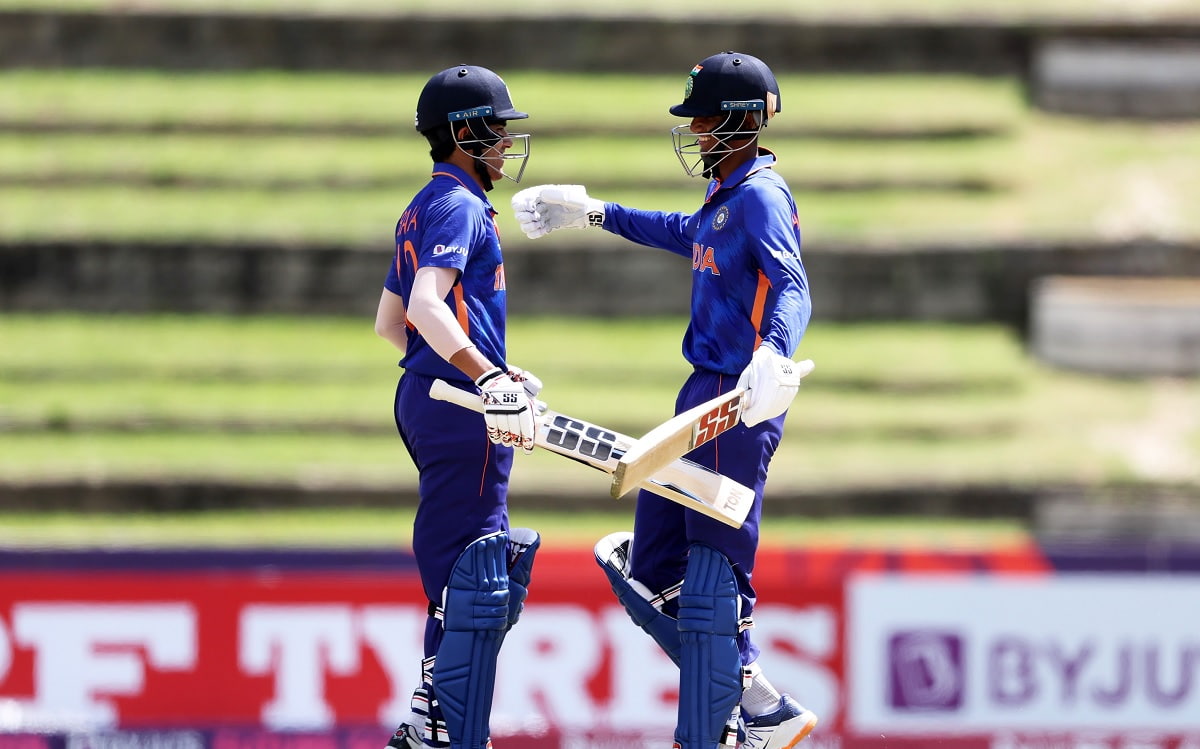 Over the years, India's Under-19 cricketers have got good money in IPL auctions and it will be no different this time as well when the paddle goes up on February 12 and 13.

The impressive performance of Indian colts in the ongoing Under-19 World Cup in the Caribbean will not only help them in making it into the senior national team, but it will also serve as a pathway to quick fame and potential big money via the cash-rich league.

The current generation, which has grown up watching the IPL, will definitely keep one eye on the auction and another on the Under-19 World Cup.

However, it wasn't always the case. In 2008, then U-19 skipper Virat Kohli and his teammate Ravindra Jadeja made it to the Royal Challengers Bangalore and Rajasthan Royals, respectively via the draft system. They were not available for the player auctions, and naturally, the money was limited.

Over the years, the rules changed and Indian colts were allowed to participate in the auctions and since then they got good money and their lives changed forever.

These U-19 cricketers may or may not deliver from the very first season but franchises see them as long-term investment prospects. This year's auction is also likely to be the last IPL mega auction so owners/officials would want to buy these raw talents at comparatively lesser amount and get fruitful results from them in future.

Likewise, the IPL 2022 auction will also change the lives of many youngsters and the cash-rich league will provide them a chance to showcase their talent in front of the world.

In this listicle, we talk about five Indian Under-19 players who can get hefty deals during the auction on February 12 and 13.

1. Harnoor Singh: Harnoor is one of the most promising talents from this year's India U-19 side. He is the key batsman of the side and has produced some brilliant knocks in the recently-played friendlies and in the U-19 World Cup as well.

In India's second match of the ongoing U-19 World Cup, he was their highest run scorer with an 88-run knock. Harnoor will definitely be one of the young batters out there that the IPL teams can bid for.

2. Angkrish Raghuvanshi: Opener Angkrish is a very dependable batsman. He scored 79 in the match against Ireland and followed it with a daddy hundred (144 off 120) against Uganda. So, he will definitely be one of most sought-after names in the auction.

3. Raj Bawa: He is an allrounder and probably best suited for the IPL format. He can bowl 3-4 overs at ease and is a good batsman as well. He played a sensational knock (162 off 108) against Uganda in addition to his 42 off 64 against Ireland and four big wickets with the ball against South Africa.

Franchises who need a young all-rounder will definitely bid for Bawa in the auction and the youngster can get a hefty deal.

4. Yash Dhull: He is the captain of the India U-19 and is suited for all the formats. He is equally good as Harnoor Singh and has enormous potential. His knock against South Africa (82 off 100) was very impressive. Unfortunately he tested positive for COVID-19 and missed the next few matches.

However, he has already shown his capability and can attract a number of franchises in IPL 2022's mega auction. Moreover, India's U-19 captains have always been sold for big bucks in the last few seasons of IPL.

5. Vicky Ostwal: He is the best bowler in the current India U-19 squad and he showed that with his fabulous spell of 5/28 against South Africa. He could become the highest wicket taker of the 2022 U-19 World Cup and that would be a great addition to his already brilliant resume.

Good Indian spinners, who have a bit of mystery as well, are a rare commodity, so Ostwal will definitely get a good deal in the IPL auction.

Apart from the above mentioned five Indian cricketers, there are many other youngsters from different countries in the ongoing Under-19 World Cup who are doing well for their respective countries and franchise and scouts are also keeping an eye on them before the auction.