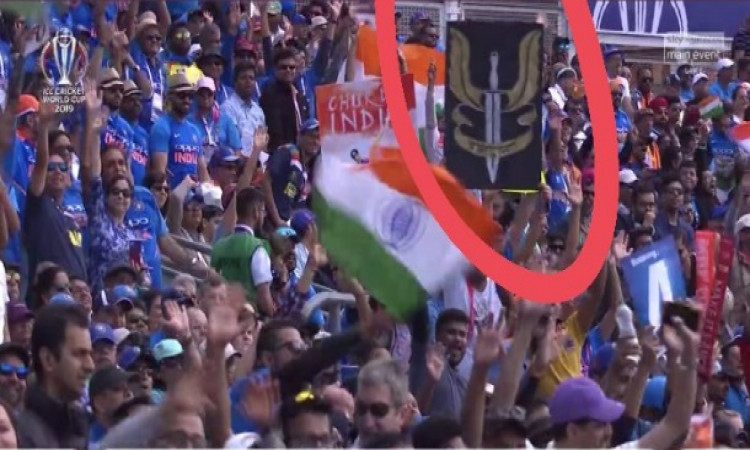 June 9 (CRICKETNMORE) Even as the International Cricket Council (ICC) did not allow Mahendra Singh Dhoni to sport the Army insignia on his wicketkeeping gloves against Australia, a section of Indian fans at The Oval here flaunted the "Balidaan Badge" during the marquee World Cup clash on Sunday.

A fan dressed in the Indian tricolour was seen holding a banner with the badge sketched in brown on top against a black background.

At a time when the Board of Control for Cricket in India (BCCI) under the supervision of the Committee of Administrators (CoA) failed to back the former India skipper in the Army insignia controversy, his teammates came together and urged him to continue sporting the Balidaan Badge on his wicketkeeping gloves for this match.

Speaking to IANS, sources in the know of developments in the Indian camp said that while the final decision rested with Dhoni, the team members had told the former India skipper that they will back him and support whatever call he took with regard to sporting the badge on his keeping gloves.

The whole issue started during India's opening game against South Africa in the ongoing World Cup when Dhoni once again professed his love for the country's security forces after he was spotted with the regimental dagger insignia of the Indian Para Special Forces on his wicketkeeping gloves.