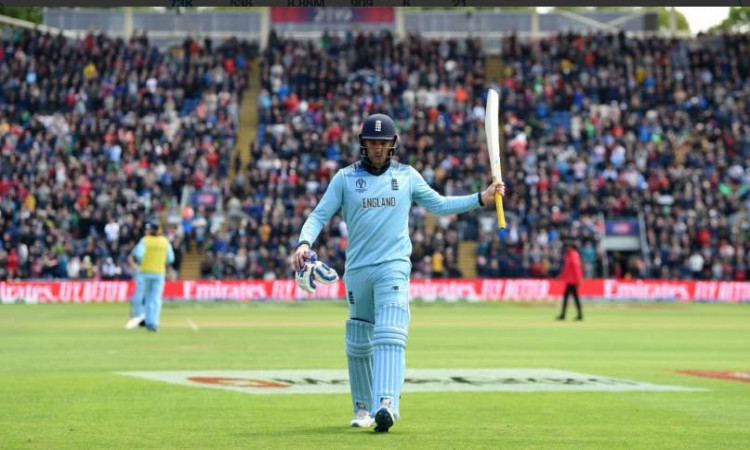 Cardiff, June 8 - England rode Jason Roy's belligerent 153 to post the highest total of the ongoing World Cup and made short work of Bangladesh with a massive 106-run victory in their clash here on Saturday.

Asked to bat first, Roy battered the Bangladesh bowlers all around park to complete a 92-ball century and lay the foundation for a mammoth total with his 121-ball hurricane. Roy's innings was studded with 14 fours and five sixes as he fell just short of Andrew Strauss's 158 against India in 2011, the highest individual score by a English batsman at the World Cup.

Besides Roy, in-form Jos Buttler scored 64 off 44 deliveries with the help of two fours and four sixes while Jonny Bairstow also struck 51 off 50 balls hitting six boundaries as England posted 386/6.