Pacers Jaydev Unadkat and Atit Sheth, and left-arm spinner Shams Mulai bagged two wickets each as West Zone practically finished the Day 4 with one hand on the trophy. 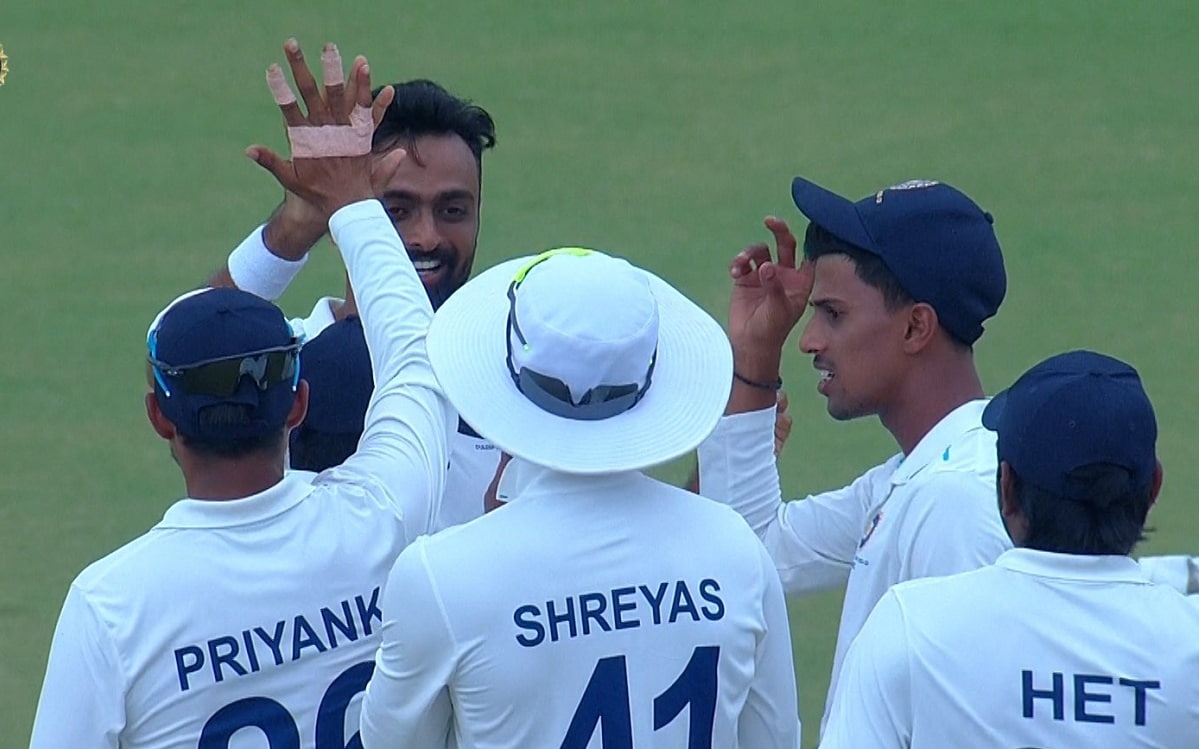 West Zone moved closer to the Duleep Trophy 2022 title after they reduced South Zone to 154/6 at stumps in a chase of 529 on the penultimate day of final at SNR College Cricket Ground, here on Saturday.

Pacers Jaydev Unadkat and Atit Sheth, and left-arm spinner Shams Mulai bagged two wickets each as West Zone practically finished the Day 4 with one hand on the trophy.


WATCH: Jhulan Goswami Receives Guard Of Honor From English Team As She Comes Out To Bat In Final International Match

Continuing their domination, West Zone decided to declare after posting a mammoth second-innings total of 585/4. Yashasi Jaiswal, who smashed a double-ton on Day 3, stretched his unbroken partnership with Sarfaraz Khan overnight to 164 before South Zone managed to take breakthroughs.

Jaiswal was stumped on 265 off just 323, having hit 30 boundaries and four sixes in his epic knock. On the other hand, Sarfaraz finished unbeaten on 127, adding another century stand with Het Patel, who himself got to a fifty post which West Zone skipper Ajinkya Rahane declared.

Chasing an improbable 529 target, South Zone opener Rohan Kunnummal did his best to put the bowlers under pressure but wickets kept falling from the other hand. Sheth's twin strikes in quick succession had South reeling at 47/3 with the first innings centurion Baba Indrajith and India stars Mayank Agarwal and skipper Hanuma Vihari back in the hut.

Despite losing the partners at the other end, Kunnumal kept attacking and stitched two brief partnerships -- 44 with Manish Pandey and 48 with Ricky Bhui, where he thoroughly dominated. He hit 14 boundaries and a six in his 100-ball knock but unfortunately missed out on a ton by just seven - falling to Mulani in the closing minutes of play.

Still 375 away from the target, South need a miracle to save the game while West are just four lower-order wickets away from lifting the title.