Deccan Gladiators registered their sixth victory in the Abu Dhabi T10 after defeating Northern Warriors by 19 runs on Sunday. Odean Smith's magnificent innings of 33 runs from 11 balls and Tom Moo 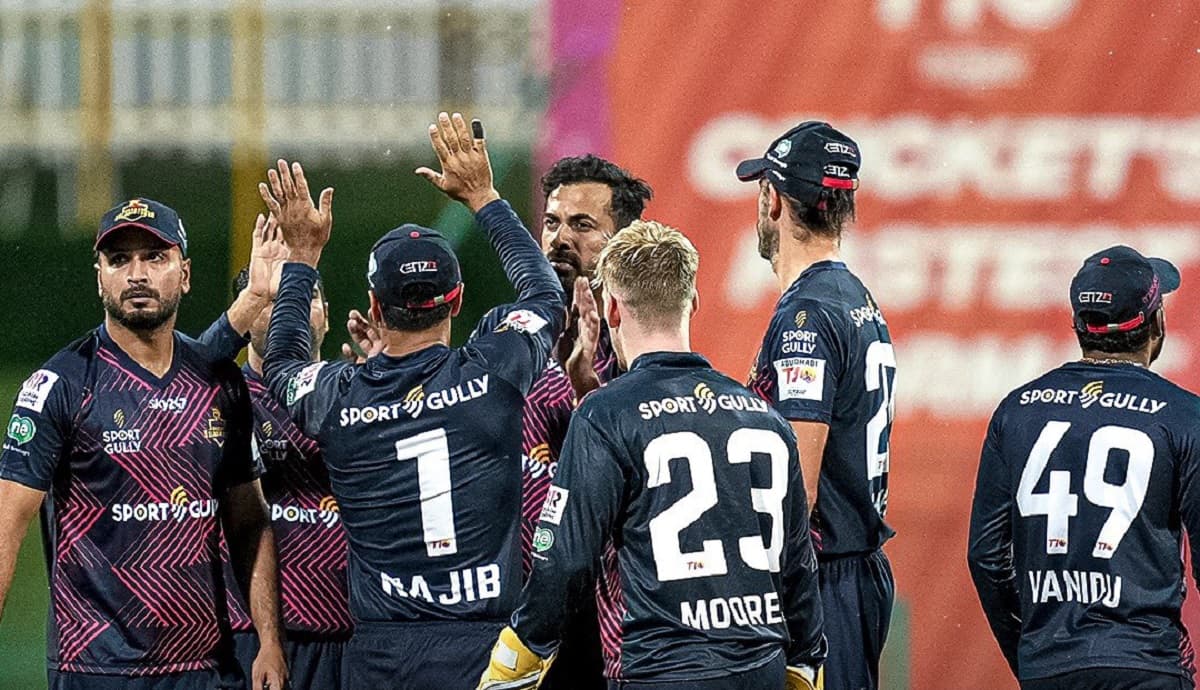 Deccan Gladiators registered their sixth victory in the Abu Dhabi T10 after defeating Northern Warriors by 19 runs on Sunday.

Odean Smith's magnificent innings of 33 runs from 11 balls and Tom Moores' quick-fire 39 runs from 19 balls helped the Gladiators post a total of 134/5 in their 10 overs. In reply, the Northern Warriors couldn't find a way to gain momentum consistently and eventually fell short of their target.

Kennar Lewis got Northern Warriors' chase going in pristine fashion as he smashed two boundaries and two sixes off Odean Smith's bowling in the second over. However, Smith got the better of him on the last delivery of the same over by knocking off his stumps.

Moeen Ali kept the momentum going for the Warriors as he struck consecutive sixes in the fourth over. However, he was dismissed by Captain Wahab Riaz, who pulled things back brilliantly for the Gladiators by conceding only 4 runs in the fifth over.

Thereafter, the Warriors failed to bat at the required rate and gathered just 18 runs in the next two overs. Captain Rovman Powell, who was looking good in the middle with a score of 25 runs from 18 balls, was run out in the ninth over and Andre Russell bowled out Umair Ali in the last over as the Gladiators restricted the Warriors to 115/4 in their 10 overs.

Earlier, Tom Moores and Odean Smith's crackling innings helped the Deccan Gladiators record a big score on the board. Coming into bat at 16/1, Moores smashed Mark Watt for two boundaries and a six in the third over taking the Gladiators' score to 34/1. Andre Russell joined the party in the sixth over, smacking Joshua Little for two consecutive boundaries.

Moores struck a boundary while Russell hit a straight six off Umair Ali's bowling which took the Deccan Gladiators to 90/2 in seven overs. Thereafter, Oshane Thomas put the brakes on the run flow by taking the wickets of Moores (39 runs off 19 balls) and Russell (22 runs off 11 balls) and conceded only 3 runs in the eighth over.

However, Odean Smith struck four boundaries and a six off Rayad Emrit's bowling in the next over and got the Gladiators' innings back on track. Smith (33* runs off 11 balls) smashed two more sixes in the last over, taking his team's total to 134/5 in their 10 overs.