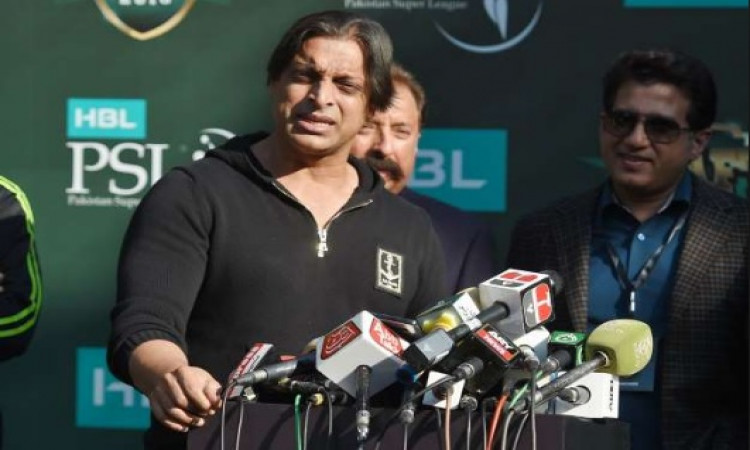 June 8 (CRICKETNMORE) Former Pakistan pacer Shoaib Akhtar has slammed AB de Villiers for "putting finances over country" in a video that was put up on Youtube.

"Firstly, people must not forget that there was pressure on AB De Villiers to leave IPL and PSL contracts and make himself available for the World Cup. However, he chose the IPL and PSL, announced an early retirement and recused himself from the World Cup," said Akhtar in his video uploaded on Friday.

Also Read: 'Dhoni's identity is country's identity, BCCI should stand with him'

It was revealed shortly after South Africa's third defeat at the 2019 World Cup that De Villiers had made a last ditch effort to get into the Proteas squad. The former skipper had retired from international cricket in May 2018 and thus did not fulfil the criteria of selection, which was playing South African domestic cricket or international cricket in the months leading up to the tournament.

"So basically everything started with finance," said Akhtar. "I think when he took this decision, he did it looking at his finances and economics.

"The timing of this revelation raises serious questions. South Africa was in poor form even when he had announced his retirement a year before the World Cup. But I think he should have remembered (at that point) that his country needs him. The money will come today or tomorrow but you the call of making money and ignore the World Cup."

"I don't mind people making money but do it in the right way. If you indeed have to make money then pick and chose correctly but keep your country as the priority.

"Now to clear your name you made a last-ditch offer to come out of international retirement for this summer's World Cup. But I think the management was correct in their stand," said the 43-year-old.