While Shikhar Dhawan has held one end up this season while opening the batting for Delhi Capitals (DC), there are doubts over who his opening partner will be in Qualifier 1 against Mumbai Indians (MI) on Thursday, as Prithvi Shaw has failed to live up to the billing in the latter half of the Indian Premier League (IPL). 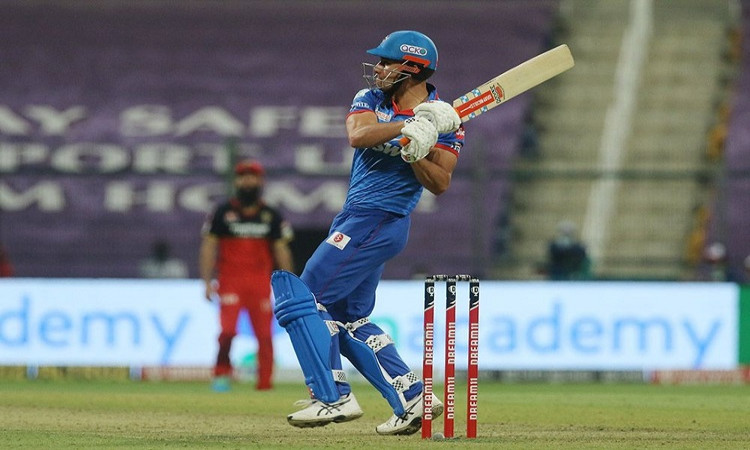 There is a possibility that all-rounder Marcus Stoinis could open as the Delhi Capitals support staff has considered his name at the top.

Also Read: MI vs DC: We Will Try To Take Advantage Of Rohit's Rustiness, Says Dhawan

Shaw has aggregated 30 over the last six innings and averages just five. He has the highest of just 10 in those innings. His failure, including in the last game DC played where he scored just nine, has given the Delhi Capitals management a big headache especially when the bowling line-up is as formidable as Mumbai Indians' comprising Jasprit Bumrah and Trent Boult.

The other batsman DC has tried at the opening slot is Ajinkya Rahane, but his half-century in the previous match at No.3 seems to have cemented his slot there.

Dhawan, whose willingness to open the innings with all-rounder Marcus Stoinis is being considered by the team management, felt that Prithivi has shown glimpses of form although he isn't clicking.

"Prithvi is timing the ball nicely, he hit a few boundaries and the ball was traveling well from his bat. My advice to him would be to stay calm and stay positive. These things happen to everyone, it is nothing new, neither this is the first time it is happening nor it will be the last time. I would suggest he stays positive, believes in his ability, stays calm, and in rhythm," said Dhawan while speaking to the media from the UAE.

Dhawan advised Shaw to not take this string of low scores too seriously.

The India opener added that he hasn't been told who he will open although he doesn't mind opening with anyone including Stoinis.

"I think the support staff thought about it [Stoinis's name] but they didn't discuss it with me that much. If I get the opportunity to open with him, for sure it'll be great. But both Stoinis and I share great chemistry, we joke a lot, so it will be good fun," said Dhawan.