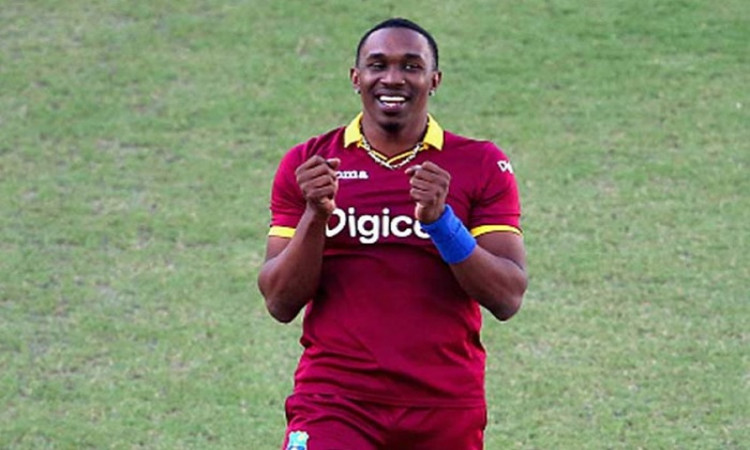 New Delhi, May 7: West Indies all-rounder Dwayne Bravo feels the current team is better than the 2016 squad which went on to become the T20 World Champions. Bravo also spoke about the strength in depth and stated a number of power-hitters in the line-up make West Indies a very dangerous prospect to come up against in the shortest format.

"In the last series in Sri Lanka, we had a team meeting, and coach Phil Simmons put the team down, the list, and he put it down in batting order, and he had my name down at No. 9," Bravo said.

Also Read: Want to do well for WI in all formats, not just Tests: Jason Holder

"I'm just in awe of our batting line-up, and I said to the guys, I said listen, I think this team is actually better than our World Cup winning team, and that is no joke, because at the end of the day, you have batting all the way down to No. 10," he added.

Bravo feels the prospect of facing such a high-profile batting line-up will be an intimidating prospect for any opposition in the world.

"Imagine a full-strength West Indies team, everyone is on deck. As a bowler, you get Evin Lewis out, (Shimron) Hetmyer comes in, you get Hetmyer out, (Nicholas) Pooran comes in," Bravo said.

"It's an intimidating team, it's a team to intimidate the opposition, and that excites me," he said.

Bravo also revealed he is focussing on helping the team in dying overs of a match. Stemming the flow of runs in the latter stages of an innings is important in T20s and according to Bravo, he has taken over that role in this team.

"I will just do my part as a bowler, try to control the back end of the innings, especially closing off the innings with death bowling, which has been, in the past, a bit of a concern for us," Bravo said.