Jasprit Bumrah and Trent Boult led the Mumbai Indians (MI) to an emphatic 57-run win over Delhi Capitals (DC) in the first Qualifier of the Indian Premier League (IPL) and thus book a place in the final for a second successive year, though the losers have a lifeline. 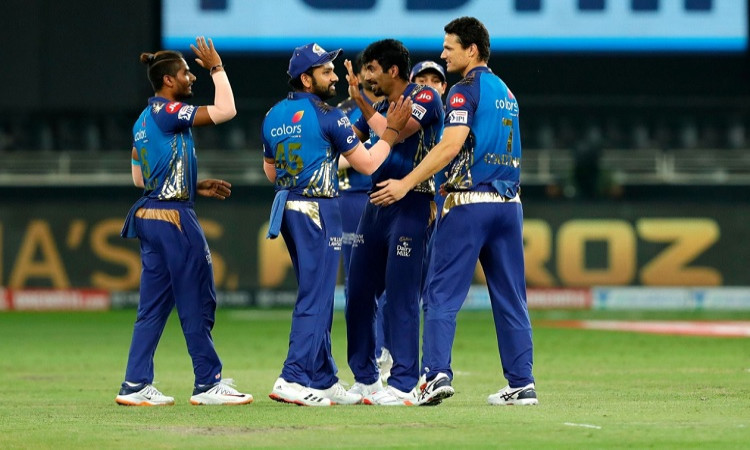 The two ace fast bowlers blew away DC's top three batsmen for no runs in the first two overs. Boult got DC out-of-form opener Prithvi Shaw off the second ball of the innings and Ajinkya Rahane off the fifth ball.

Bumrah followed that up with the wicket of Shikhar Dhawan to reduce DC to no score for three wickets two balls into the second over. DC captain Shreyas Iyer then fell to Bumrah in his next over after which Rishabh Pant was dismissed by Krunal Pandya.

Boult had to leave the field with a groin strain and that meant that he could not add to his tally of wickets but Bumrah soldiered on. He broke the 71-run stand between Axar Patel and Marcus Stoinis that gave DC a glimmer of hope.

Bumrah then got Daniel Sams, thus making the 16th over a double wicket maiden. He ended the match with figures of 4/14 -- his career best figures in T20s. He has now taken 27 wickets this season, the most by any Indian bowler in an IPL season.

Earlier, A 60-run partnership off just 23 balls between Hardik Pandya and Ishan Kishan helped MI reach 200/5. MI scored 55 in the last three overs and 78 in the last five to get into an advantageous position.