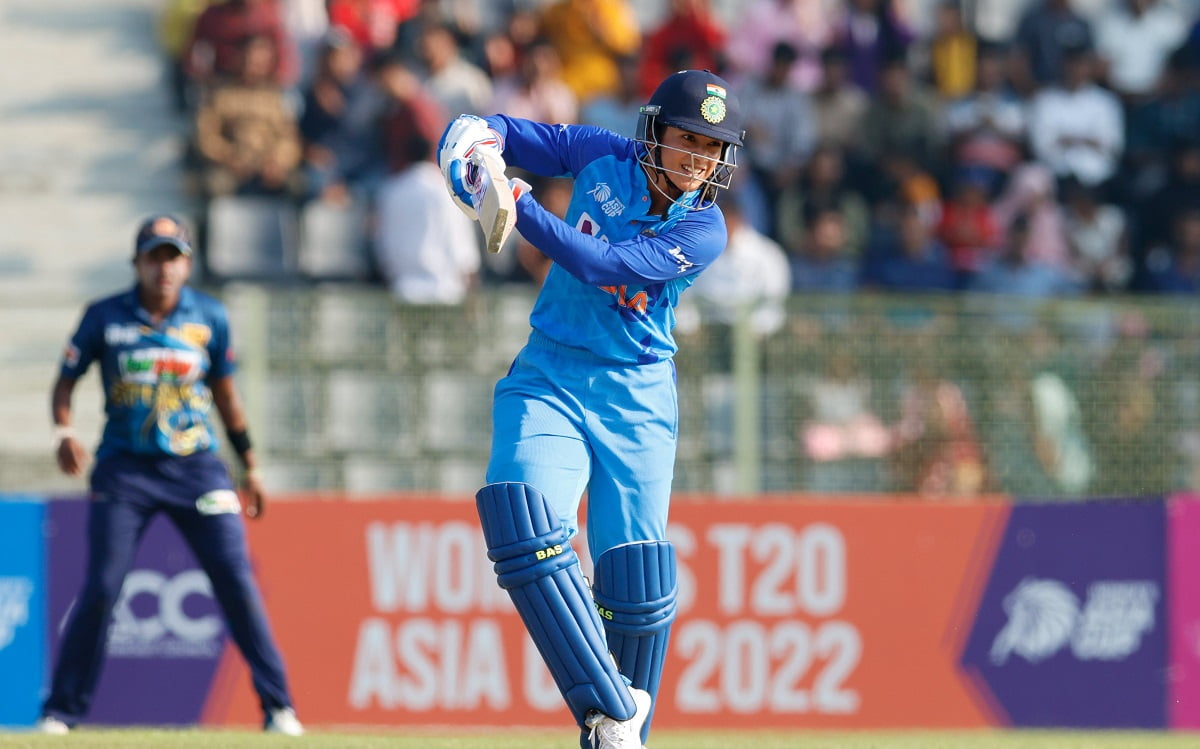 INDW vs SLW: India handed a heavy 8-wicket defeat to Sri Lanka in the final of the Women's Asia Cup 2022 final to win their 7th title. While the bowlers led the win, Smriti Mandhana showed impressive batting to complete the win for India.

Chasing just 66 runs to win, India lost quick wickets in the form of Shafali Verma (5) and Jemimah Rodrigues (2) in the 4th and 5th overs. However, Smriti Mandhana held one end as she played responsibly, scoring an unbeaten 51 runs off 25 balls with 6 fours & 3 sixes.


Lanka Premier League To Commence On December 6 After Postponement

Smriti and captain Harmanpreet Kaur etched an unbeaten partnership of 36 runs in 24 balls for the third wicket, guiding India to win with 69 balls remaining. For Sri Lanka, Inoka Ranaweera and Kavisha Dilhari managed 1 wicket each.

In the first innings, With a dismaying batting performance, Sri Lanka women were halted to 65/9 against India in the Women's Asia Cup T20 2022 final.

Both openers – Chamari Athapaththu (6) and Anushka Sanjeewani were dismissed via run out. Indian bowlers then wreaked havoc on the other Lankan batters, dismissing them for such a meagre total.

Oshadi Ranasinghe, batting at #7, was amongst the only two batters to cross the double-digit mark as she scored 13 runs off 20 balls.  Inoka Ranaweera (18*) and Achini Kalasuriya etched the biggest partnership for the Sri Lankan team, adding 22 runs for the last wicket, helping Sri Lanka cross the 50-run mark.

For India, Renuka Singh picked up 3 wickets, while Rajeshwari Gayakwad & Sneh Rana picked up 2 wickets each.