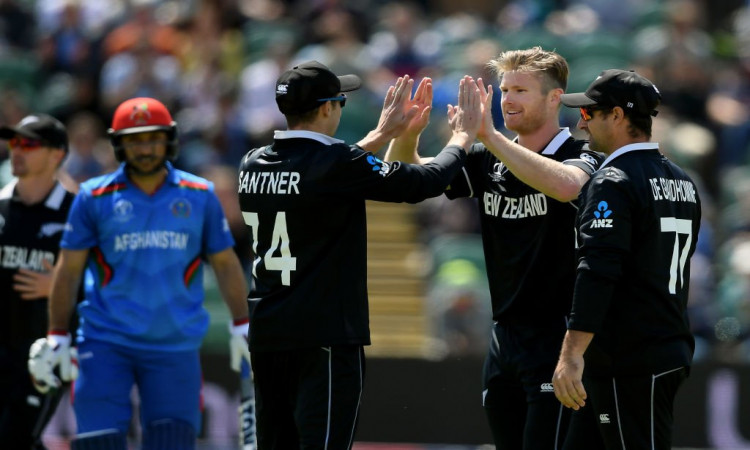 Taunton (England), June 9 (CRICKETNMORE):  New Zealand's James Neesham said that the bouncy conditions on offer in Taunton suited him in the match against Afghanistan. Neesham was man of the match for his bowling figures of 5/31 as he and Lockie Ferguson (4/37) combined force to dismiss Afghanistan for 172. New Zealand eventually won the match by seven wickets.

"Our home conditions are lower and slower, but the bouncy conditions suited me personally to be honest. I let a few external voices affect my bowling, and I went back to my forte today -- hitting the deck hard, and not trying to swing the ball too much," said Neesham in the post match presentation ceremony on Saturday.

Also Read: Great to start with three wins in a row: Kane Williamson

Afghanistan batted first and openers Hazratullah Zazai and Noor Ali Zadran put up 66 runs to lay a good foundation for their side. But Neesham said that the Kiwis were confident of making a comeback in the middle overs. "Afghanistan put us under pressure very early with the bat, but we knew we had the ability to dent them even after the start they got. The chase was clinical, obviously," he said.

Captain Kane Williamson was unbeaten on 79 as New Zealand chased down the target in just over 32 overs. This was their third consecutive win of the tournament. Their next opponents are India who they will be playing on June 13.