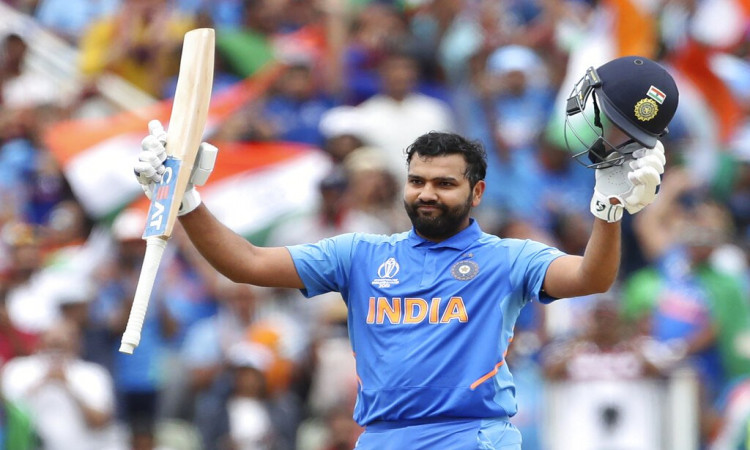 London, July 5 (CRICKETNMORE):  India's vice-captain Rohit Sharma has justified his tag as one of the best limited overs batsmen thus far at the ongoing World Cup.

The 32-year-old has scored four centuries in seven innings, and his current tally of 544 runs makes him the highest run-getter in the tournament.

India's next match against Sri Lanka on Saturday is also their final group game. While India are already through to the semifinals and Sri Lanka are out of contention, Rohit can set his eyes on breaking three major World Cup batting records.

Rohit is currently tied with former Sri Lanka captain Kumar Sangakkara for most number of centuries in a single edition of the World Cup. The 104 that he scored against Bangladesh in India's previous match was his fourth of the tournament. If he can get to three figures against Sri Lanka, he will surpass Sangakkara who had slammed four tons in the 2015 World Cup.

Rohit is also currently third on the list of highest run-getters in the group stage of World Cup. However, the two players above him are not too far away -- Mathew Hayden had second 580 runs in the group stages of the 2007 World Cup while Sachin Tendulkar had amassed 586 runs in 2003. Rohit is now 42 runs away from surpassing the master blaster.

Rohit also has fair competition in this respect. Bangladesh's Shakib Al Hasan is playing against Pakistan on Friday and the all-rounder is on 542, runs while Australia's David Warner and Aaron Finch have got 516 and 504 runs, respectively. Australia will play South Africa in the final group game of the tournament on Saturday.

Finally comes the big record of most runs ever scored in a single World Cup. Rohit is currently fifth on this list and is 129 runs away from record holder Sachin Tendulkar's tally of 673 runs in the 2003 World Cup. If he scores a big century against Sri Lanka on Saturday, Rohit can surpass that record despite playing two matches less than the legendary former batsman.