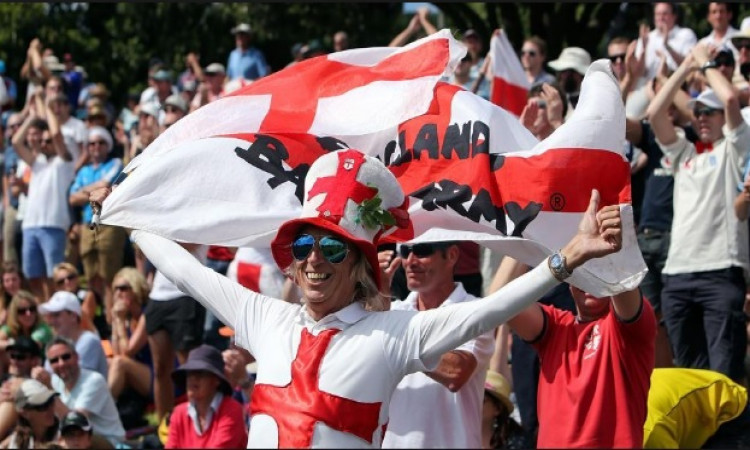 July 14 (CRICKETNMORE) They had put the Edgbaston Cricket Ground on fire during the semi-finals and the Barmy Army is now keen to paint the Lords red when hosts England take on last editions runners-up New Zealand in the final of the 2019 World Cup on Sunday.

Barmy Army's social media head Toby Marriott said that this English team has had a spectacular transition and every member of the team deserves the accolades they have got since the whole process of resurgence started in 2015.

"It has been incredible to lose to Bangladesh in 2015 and then to rise from there. Beating Australia in the semi-final and now going into the final as favourites is an incredible transition. Eoin Morgan has been a brilliant captain and he has been supported well by every single member of the team. Look at the likes of Jofra Archer who has just come in and is making a massive impression. I think these guys are incredibly talented, but very down to earth without any ego," he said.

Going back to the history of how it all started for the fan group, Marriott said: "We have been around from the 1994-95 Ashes series in Australia. It started with the guys singing a few songs and the Australian press named us the ‘Barmy Army'. It has become a brand now and we have around 35,000 members and we are almost synonymous with English cricket. The best part is that you just need to be an English cricket fan to be a part of us. But you have to love Test cricket (smiles). The background and the sexes don't matter, just gotta love the game."

The man who looks after all the social pages of one of the most famous fan groups said that they also have a travel section which helps fans tour with the national team across the globe.

"We have a section called Barmy Travel which looks into the travel part when the team is touring. If you want to go with the Barmy Army, you pay and be a part of the Barmy Travel. They then look into every aspect of your travel and it is all taken care of and you get the perks. But then, if you want, you can also travel independently and still be a part of the Barmy Army where you arrange your schedule," he pointed.

Asked to elaborate on how the fans -- who are members -- benefit, he said: "Members get membership cards which have discounts on tickets, you also have travel packages. So that is a worldwide membership. A very small annual fee for first-class membership and then you can also be a free member which means you don't get many discounts, but you still be a part of the whole thing."

While the Bharat Army has also become quite famous in recent times, Marriott doesn't see any issue with this as he believes that the whole idea is to grow the game and bring in as many fans as they can.

"Barmy Army's goal was to grow the game. And these fan groups do just the same. We enjoy seeing people in the Bharat Army do their bit in promoting the game and that is what the whole idea is," he signed off.