Pace bowler Hasan Ali claimed his sixth five-wicket haul as Pakistan bowled out Bangladesh for 330 runs to claw their way back into the first Test in Chittagong on Saturday. Hasan finished with 5-51 w 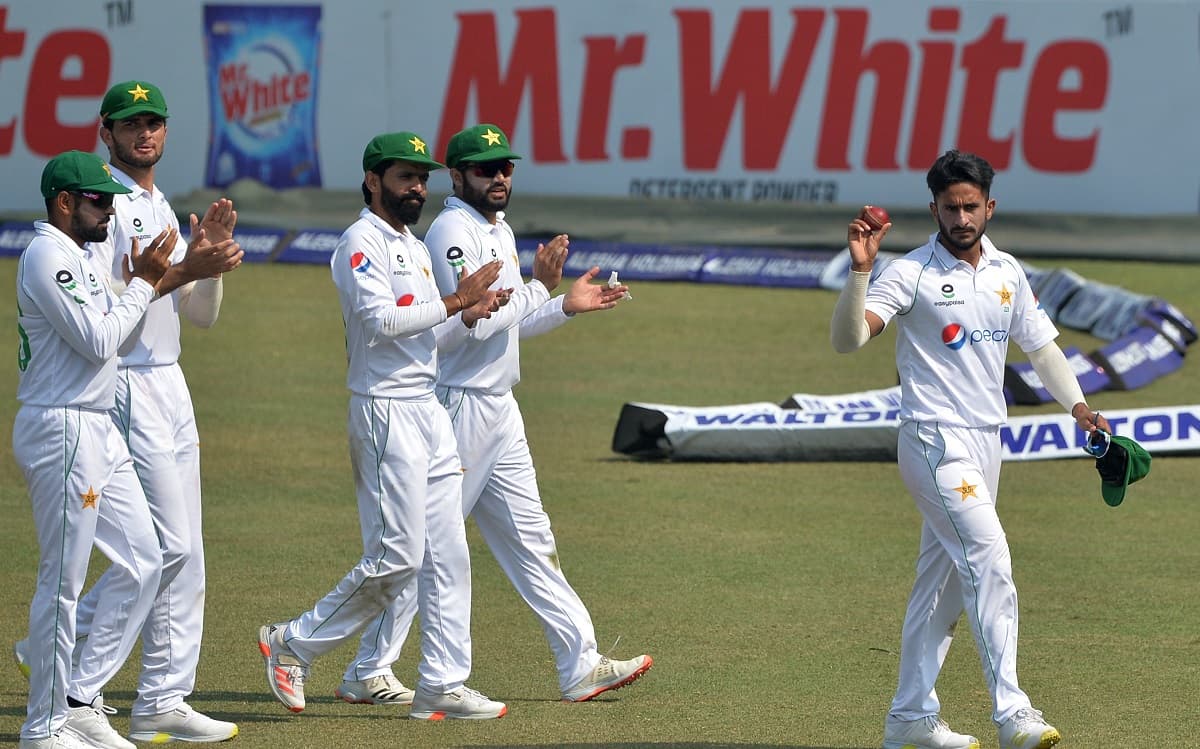 Pace bowler Hasan Ali claimed his sixth five-wicket haul as Pakistan bowled out Bangladesh for 330 runs to claw their way back into the first Test in Chittagong on Saturday.

Hasan finished with 5-51 while Faheem Ashraf and Shaheen Afridi complemented with 3-54 and 2-70 respectively, helping Pakistan bowl out Bangladesh on the stroke of lunch on the second day after the hosts resumed on 253-4.

Liton Das top-scored with 114 for Bangladesh, adding just one run to his overnight score, while Mushfiqur Rahim, who was unbeaten on 82 at the end of the opening day's play, fell for 91 runs.

Mehidy Hasan struck an unbeaten 38 to take Bangladesh to the 300-run mark before Hasan claimed two wickets in two balls to bring an end to Bangladesh's innings.

Pakistan had Bangladesh on the ropes on day one at 49-4 but the hosts fought back thanks to Liton and Mushfiqur.

Pakistan looked sharp right from the start of the second day's play when Hasan trapped Liton leg-before in the second over of the morning.

Struck on his backfoot, Liton was initially given not out but Pakistan successfully reviewed the decision.

Liton, who shared 206 runs with Mushfiqur in the fifth wicket, hit 11 fours and a six in his 233-ball innings.

Hasan then dismissed Yasir Ali for four with a fine in-swinger that rattled the leg and middle stumps of the debutant.

Faheem took a thin edge from the bat of Mushfiqur, effectively ending Bangladesh's chance for a big total.

Mushfiqur struck 11 fours in his 225-ball stay at the crease.