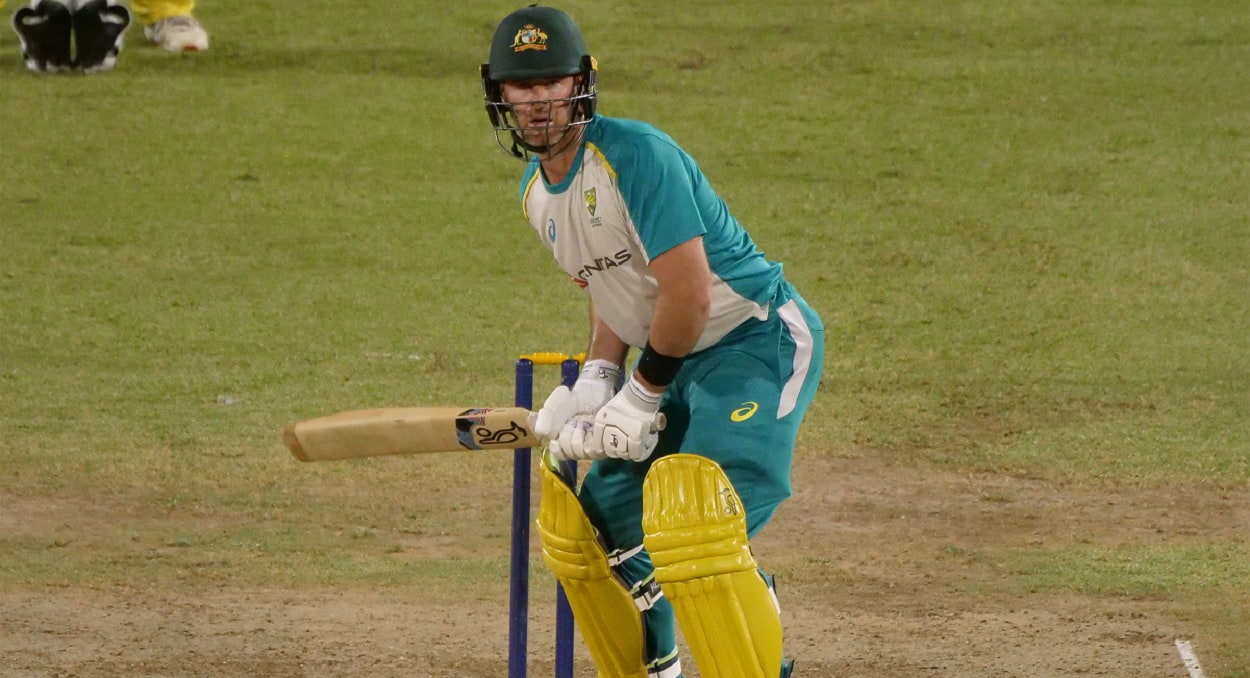 While chasing a target of 194, Marsh smashed 56 off 28 balls, including four sixes to set the platform for Ashton Turner to finish the game off with two balls to spare with his fine knock of 45 off 28.

Captain Aaron Finch too found a bit of rhythm early in the innings with some attacking shots before he got caught off Andrew Tye. Marsh, who was promoted to bat up the order, added 42 with Josh Philippe to get things going.

Earlier, Australia II, led by Mathew Wade, got off to a quick start with both the captain and Alex Carey smashing Mitchell Starc and Riley Meredith early in the innings. Wade made 21 from 12 while Carey struck 30 off 22 balls.

The informal nature of the match was highlighted by coach Justin Langer, watching on from the sidelines, telling Moises Henriques (36 off 27) he had overruled an lbw decision given by assistant coach Andre Borovec, acting as the on-field umpire, despite the all-rounder having gotten all the way off the ground.

Amusing scenes as Moises Henriques is given out lbw to Meredith. He gets all the way off the ground but third umpire Justin Langer overturns the call from the grandstand.
"Not out, missing by miles."
Henriques resumes with AusII 4-127 in the 17th

However, the biggest takeaway for the Australian camp was the way in which Daniel Christian, who is being considered taking up the finishers' role in the upcoming T20 World Cup, batted. He scored 47 from 31 balls, batting at no.5 to lift the team's score to 193/5 in the first innings.

Australia will take on West Indies in the first of the five T20Is on 10th July at St. Lucia.