Aus vs Ind: Five Things To Watch Out For When India Face Australia In The Test Series

Australia and India renew their fierce rivalry in a four-Test series that begins with a day-night game in Adelaide on Thursday. 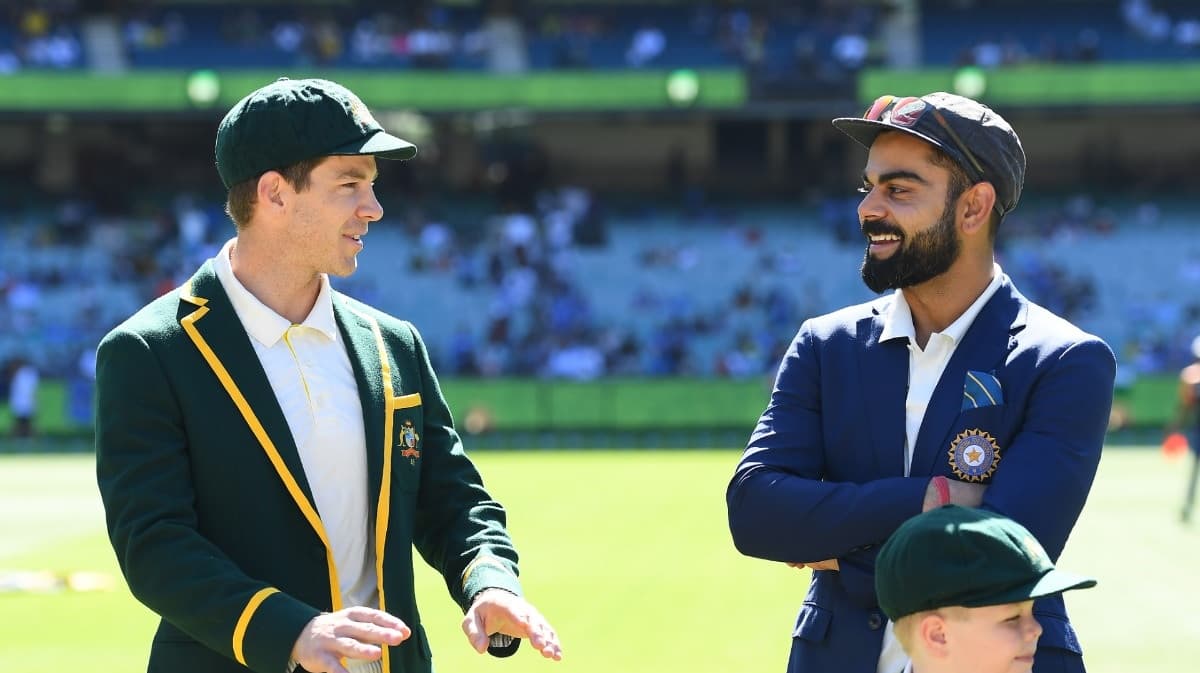 India won a Test series for the first time Down Under when the sides clashed two years ago and Australia is determined to regain the Border-Gavaskar Trophy.


Aus vs Ind: Tim Paine Opens Up About His Captaincy Future

Here are five things to watch out for in the highly anticipated series:

India captain Virat Kohli will be desperate to make a winning contribution in his only chance of a Test victory against Australia this series -- he has decided to return home after Adelaide to be with his Bollywood actress wife, Anushka Sharma, who is expecting their first child.

After India lost 2-1 in the recent one-dayers, Kohli showed his importance to the side during the Twenty20 series victory. And pundits, including Indian batting great Sachin Tendulkar, believe his departure will leave a "void" in the batting line-up.

But other Indian veterans have suggested Kohli's absence could enable a new star to emerge in the side, which will be led by vice-captain Ajinkya Rahane once Kohli leaves.

Steve Smith is playing down calls for him to become Australia's captain again, insisting he is just "excited" to feature in the Border-Gavaskar Trophy clashes after missing out two years ago.

The prolific 31-year-old batsman was left powerless on the sidelines as India won their first series in Australia in 2018-19 while he and David Warner served out bans for ball-tampering.

Smith, who amassed 774 runs, including three centuries as Australia retained the Ashes in England last year, said "I will do what is best for the team" despite former players such as Adam Gilchrist calling for him to step up for a second crack at the captaincy.

Australia start as overwhelming favorites in the opening Test having never been beaten in their seven day-night matches to date, while Virat Kohli's India plays their first overseas game under lights after their maiden pink-ball outing in Kolkata last year against Bangladesh.

India long resisted twilight encounters, but Tendulkar told that he believed their players would be ready having played warm-up games and had intensive net sessions with the pink ball this week.

"They would have studied how the Adelaide pitch plays during day-night Test match and what is the time to accelerate and go for runs," he said, adding the first daylight session each day could be the time for batsmen to cash in.

India's fast-bowling attack, led by Mohammed Shami and Jasprit Bumrah, is ready to fight fire with fire in Australia's own den.

The pacey pair shared five wickets as they bundled out Australia A for 108 and signaled their intent to enjoy bowling on wickets Down Under that are renowned for providing extra pace and bounce.

Australia's three-pronged attack of Mitchell Starc, Pat Cummins, and Josh Hazlewood "can surpass any era" of quicks, according to former paceman Brett Lee, but India coach Anil Kumble countered that his attack was their equal. "We probably match our fast bowling to their fast bowling," he said.

Australia and New Zealand have been the first countries to welcome back spectators to cricket since the pandemic -- the Adelaide Oval will be half full for the first Test while 30,000 should be allowed into the Melbourne Cricket Ground for Boxing Day.

Indian cricket chief Sourav Ganguly tweeted a picture of a full house as New Zealand played a Test last week against the West Indies at Basin Reserve, Wellington, writing "the game needs this".

But players, with a lucrative series on the line, will be wary of sticking to coronavirus prevention protocols after other tours were disrupted this month.

Pakistan was banned from training under quarantine in New Zealand after eight players tested positive. England abandoned their tour of South Africa after Covid-19 cases in both camps, though the England players later returned negative tests.