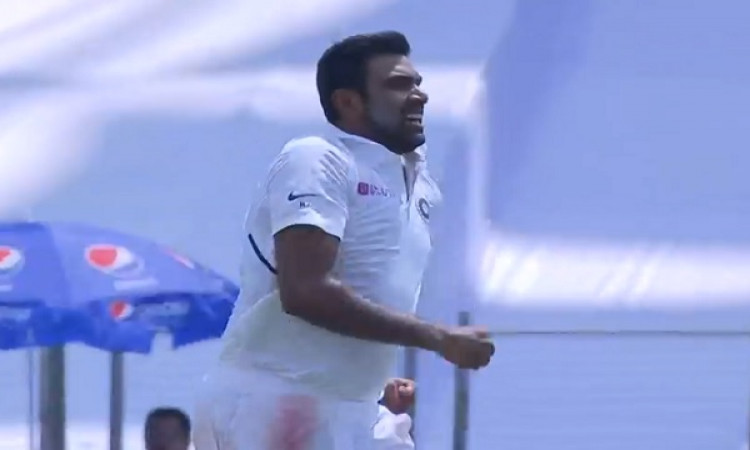 Pune, Oct 12 Indian off-spinner Ravichandran Ashwin picked up four wickets to pour cold water on Keshav Maharaj's career-best 72 as South Africa were bowled out for 275, still 326 runs behind, on Day 3 of the ongoing second Test here on Saturday.

Ashwin picked up the wicket of left-arm spinner Maharaj, who batted brilliantly and joined hands with Vernon Philander (42 not out) for a gritty 109-run stand. Maharaj took 132 balls and hit 12 fours in his innings as Philander played second fiddle, finding the fence six times in the 192 balls he faced.

Ashwin finished with best innings figures of 4/69 including the wickets of Proteas skipper Faf du Plessis who scored 64, Quinton e Kock (31) and Kagiso Rabada (2) in the end.

Umesh Yadav, who took the opening two wickets on Day 2, snared another, that of Theunis de Bruyn (30) to return impressive figures of 3/37 in his comeback Test.

Starting the day at 36/3, South Africa lost both their overnight batsmen Anrich Nortje (3) and de Bruyn in the first hour of play.

Nortje, who came in as night watchman on Friday evening, was the first wicket to fall as he was caught brilliantly at fourth slip by Virat Kohli off the bowling of Mohammed Shami.

Three overs later, de Bruyn played a loose shot and in the process got a thick outside edge against Umesh. Wicketkeeper Wriddhiman Saha dived to his right and took a stunning catch to end de Bruyn's inning.

de Kock and du Plessis then tried to steady the ship for the visitors and shared a crucial 58-run stand before de Kock was bowled by ace off-spinner Ravichandran Ashwin at his individual score of 31.

du Plessis scored 64 from 117 balls, his 21st Test fifty, with the help of six fours and a six before Ashwin found his outside edge and the ball flew to Ajinkya Rahane at slip.

With du Plessis gone, it was just a matter of time before the tourists folded up but Philander and Maharaj frustrated the bowlers with their unbroken 35-run ninth wicket stand. Philander was not out on 23 while Maharaj was on 21 at the break.

Before Faf, Senuran Muthusamy (7) was trapped in front by left-arm spinner Ravindra Jadeja.

Earlier on Day 2, India had declared their first innings for 601/5 with Virat Kohli (254*), Mayank Agarwal (108) and Ravindra Jadeja (91) being the chief contributors.