Travis Head scored a magnificent century to put Australia in command at stumps on the first day of the fifth and final Ashes Test against England as rain forced an early close in Hobart on Friday. 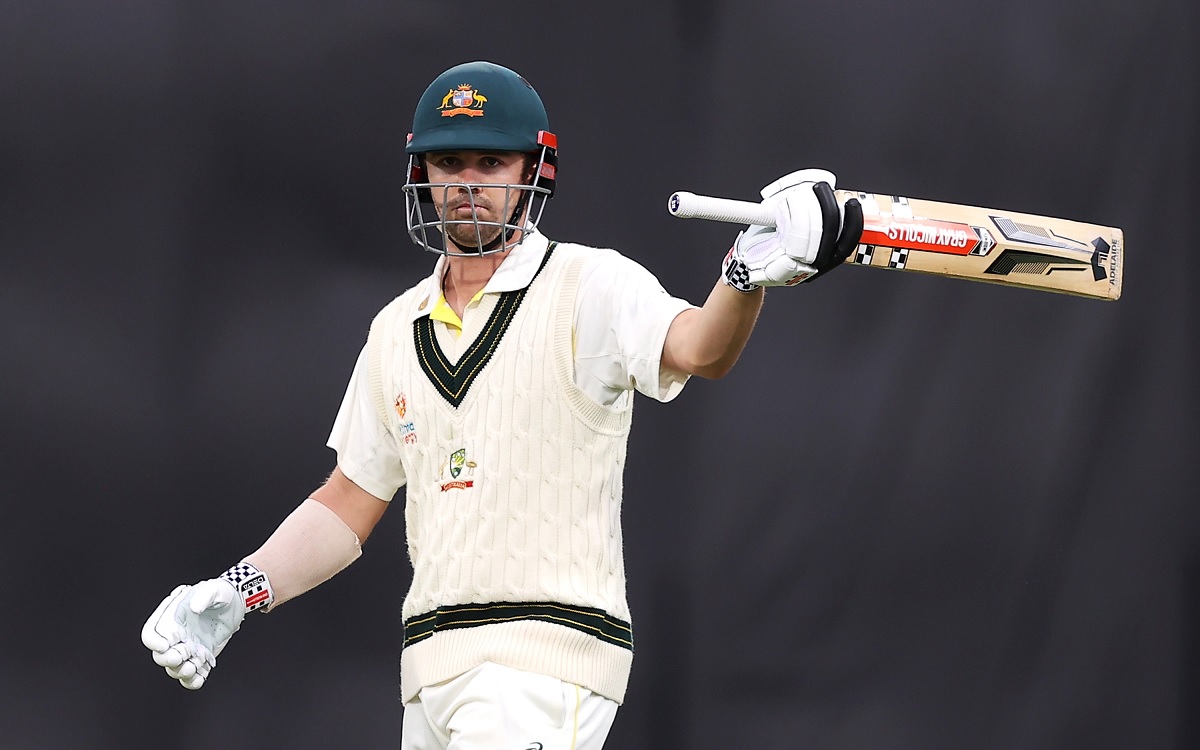 At the close of play, Australia were 241-6, with Alex Carey on 10 and Mitchell Starc on zero after being sent in by English captain Joe Root.

Only 7.3 overs were possible in the night session, with a persistent misty rain falling on the ground.

Head came to the crease with Australia reeling at 12-3, but counter-attacked brilliantly to reach his fourth Test century in just 112 balls, with 12 boundaries.

However, one ball after reaching his hundred in the day-night match, he chipped Chris Woakes to mid-off, where Ollie Robinson -- who bowled only one over in the twilight session due to back soreness -- took a simple catch.

Head's 101 was a superb response to a much-changed England's complete dominance in the first 10 overs.

Root won the toss and sent the hosts in to bat in overcast conditions and on a real green-top of a wicket.

England, who have already lost the series, had Australia on the ropes at 12-3 after 10 overs, with Stuart Broad and Robinson almost unplayable in perfect bowling conditions.

They removed David Warner and Steve Smith for ducks and Usman Khawaja for six, and should have had Marnus Labuschagne, who was dropped by Zak Crawley, for no score.

However, the game swung back towards Australia when Head and Labuschagne launched a revival, attacking change bowlers Mark Wood and Woakes.

Wood has bowled well all series but his extra pace negated the conditions and Labuschagne and Head went on the attack.

Wood's first three overs went for 31, while at the other end, Woakes also took some punishment, his first five overs costing 23 runs.

Root was forced to bring Broad back into the attack and in the second-last over before the first break he struck in an almost comical manner.

Labuschagne, on 44, stepped across to the offside to try and play Broad through the onside, but was clean-bowled when he overbalanced attempting the shot, the Australian finishing sprawled on the ground as the ball crashed into his stumps.

Robinson and Broad must have felt like they were playing on an English ground as the ball nipped around off the seam and moved in the air.

Robinson, who was recalled to the side after missing the Sydney Test -- one of five changes for England -- struck first when he drew an edge from Warner, the ball flying to Crawley at second slip.

Broad then claimed the wicket of Khawaja, caught by Root at first slip, bringing Smith to the crease.

But Smith, so often England's tormentor, lasted just two balls before edging to Crawley and giving Robinson his second wicket.

Head and Green looked like batting through the second session until the former lost concentration after bringing up his century.

Green, who made 74, was the only wicket to fall in the last session.

The towering allrounder was batting beautifully but fell for a trap set by the English, hooking a bouncer straight to Crawley at deep square leg.