May 23(CRICKETNMORE) Middle-order batsman Ajinkya Rahane, who failed to make a cut in the 15-member India squad for the upcoming World Cup, scored a brilliant century on his County debut for Hampshire. 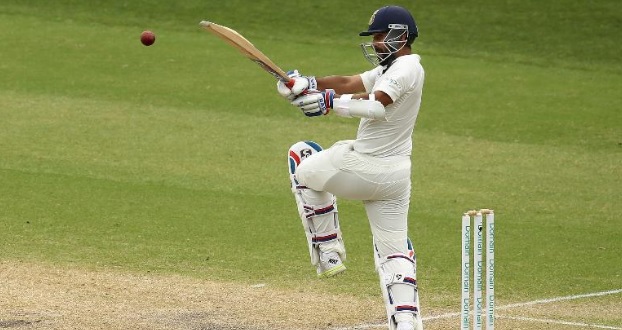 Rahane, who had managed just 10 runs in the first innings of the Division One game against Nottinghamshire, smashed 119 runs off 197 balls in the second innings on Day Three of the match on Wednesday. His innings was studded with 14 glorious boundaries.

In the process, the 30-year-old became the third Indian to score a century on debut in the County Championship. Piyush Chawla (for Sussex in 2009) and Murali Vijay (for Essex in 2018) are the two others in this list.

Resuming on his overnight score of 0*, Rahane and Sam Northeast (133) steadied the ship for Hampshire who were in trouble at 9-2 in the morning and then put on 257 for the third wicket.

The 30-year-old was bowled by off-spinner Matthew Carter before Tea in the 70th over.

The hosts declared on 367-5 after Tom Alsop (51 not out) scored his half-century, setting Nottinghamshire a target of 439 to win.